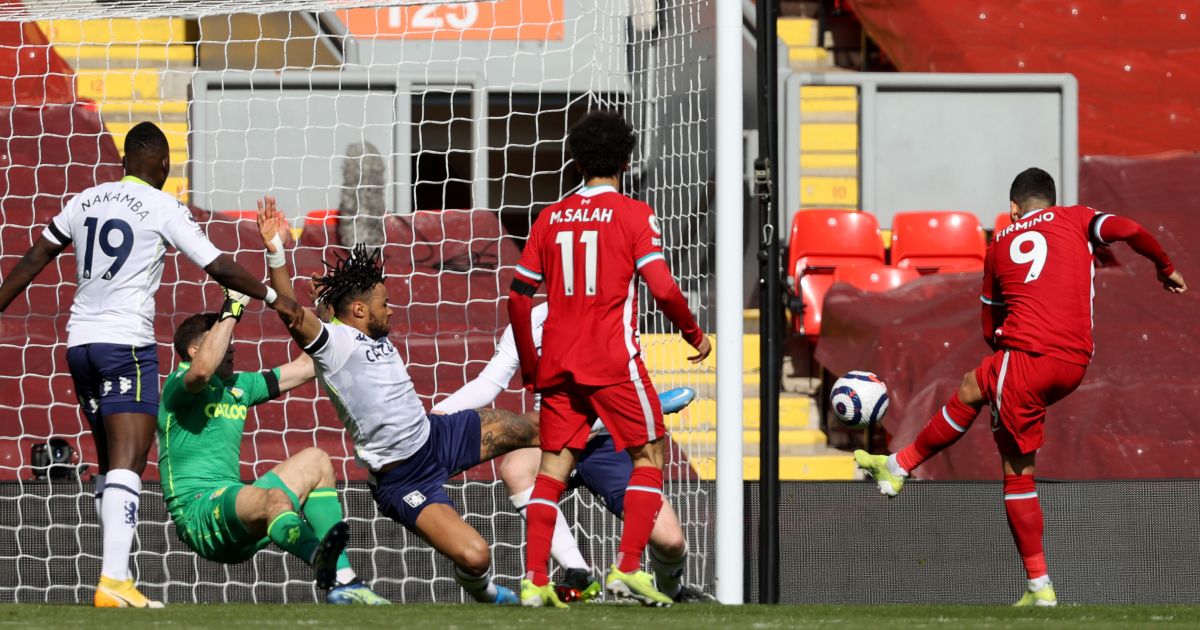 Former Premier League referee Keith Hackett thinks the offside calls from VAR are “ruining the game” after Liverpool striker Roberto Firmino had a goal ruled out in their 2-1 win over Aston Villa.

The incident left Liverpool fans scratching their heads with Diogo Jota ruled offside by the smallest of fractions after the VAR got their lines out.

In the end it didn’t cost them, as goals from Mo Salah and Trent Alexander-Arnold cancelled out Ollie Watkins’ opener with Jurgen Klopp’s side winning 2-1.

But Hackett was particularly frustrated with the decision to rule Jota offside with the ex-Premier League referee saying the “the law itself needs to change”.

“We know when we see the lines that the lines are showing the players offside by a fraction. The production of that shot and lines together that I’m unsatisfied that it’s accurate enough to produce those levels of decisions.

“We can get into the nuances of the offside law and talk forever. I think at the moment the law itself needs to change and the VAR equipment needs to become more accurate.

“I think that’s the plan. I read in the week that Wenger is involved and they anticipate a technical piece of equipment that is more accurate will be used at the World Cup.

“How it will work is exactly the same way goalline technology is used. It’s what you use, Prozone have done it for a number of years, in terms of getting accurate movement of players.”

After the match against Aston Villa, Klopp said that a number of his players were annoyed at the decision during the half-time interval.

“We dominated the game but we made one mistake and concede a goal,” Klopp said.

“Then we score the equaliser but it’s ruled out for offside. At half-time it wasn’t the best mood, you can imagine but the words were OK.”