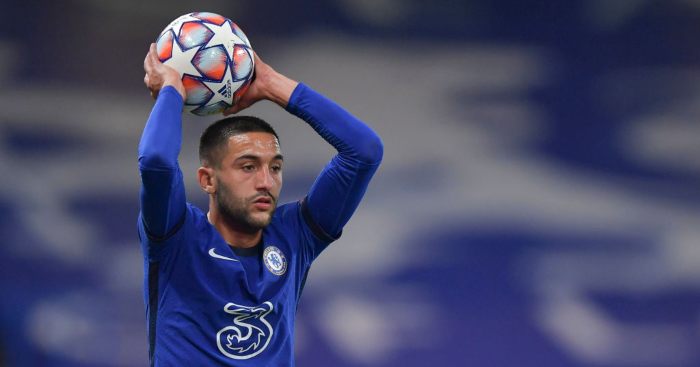 Chelsea threw huge financial backing behind Frank Lampard’s Stamford Bridge revolution over the summer, with the Blues’ spending over £200million in the window.

Chelsea kick started their squad overhaul by bringing in Ajax forward Ziyech to the club in January with the Moroccan playing out the remainder of last season in Amsterdam.

Ziyech only made his Blues debut over the weekend, playing 18 minutes off the bench as Chelsea were held to a 3-3 draw by Southampton.

And the 27-year-old can’t wait to help the team and play with Havertz, Werner and Pulisic this season.

Ziyech said (via The Metro): “I have two different options, maybe three, depending on what the coach thinks. For me, it doesn’t matter where I’m playing.

“Kai [Havertz] and Timo [Werner] are two big talents and they have already proved that in the past with what they did at their previous clubs.

“Christian [Pulisic] is also one of the biggest talents. They all have a lot of quality and Christian has been here longer than us. You have seen what he is capable of doing on the pitch. He’s just a crazy winger.

“For me, it’s really exciting to work with them and I don’t care where I play on the pitch.”