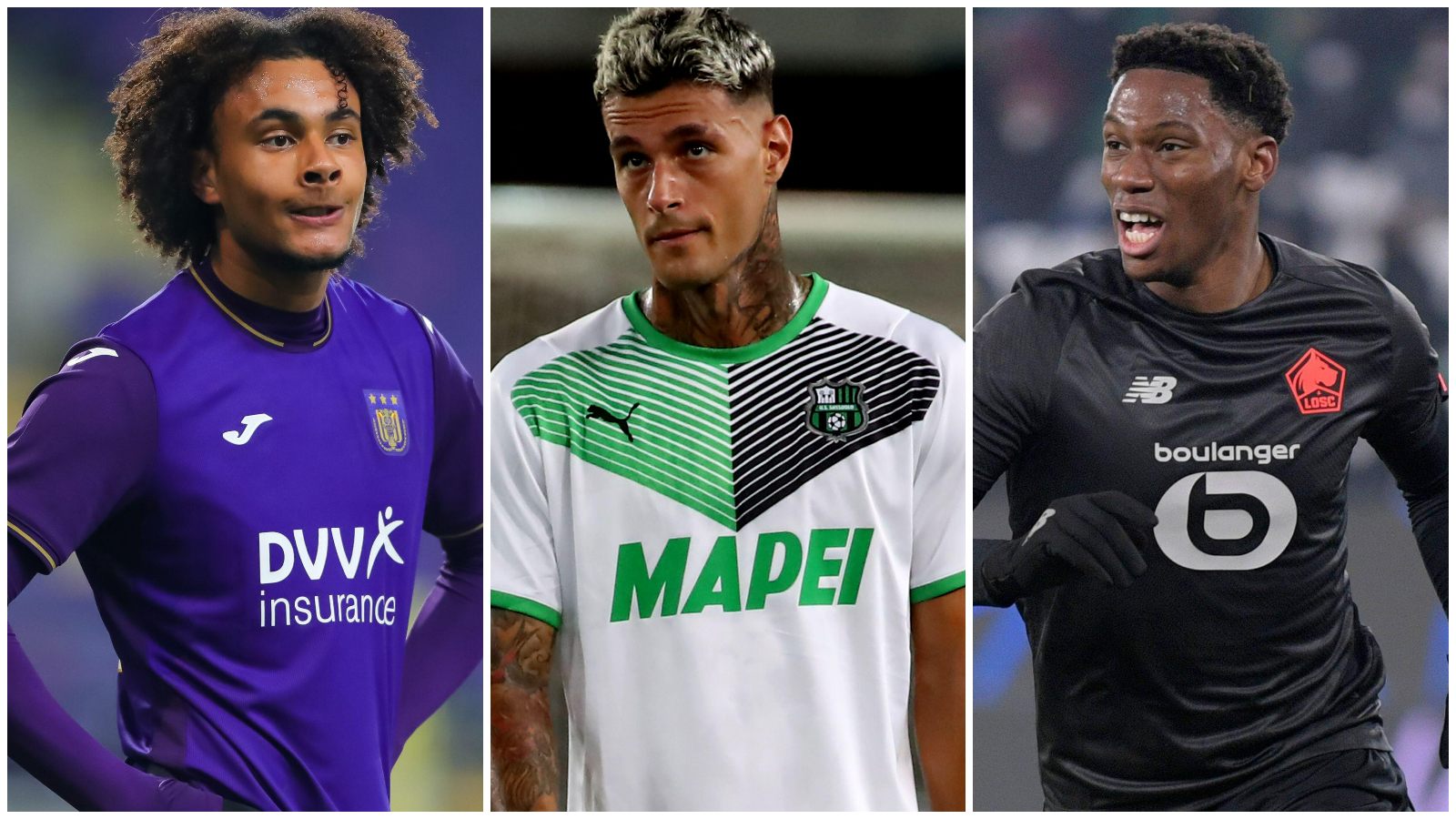 Darwin Nunez and Erling Haaland have fixed themselves up, while Dusan Vlahovic and Kylian Mbappe are all set. But there are still scorers to be sourced in Belgium, Italy, France and… Russia.

Here are the top 10 goalscorers, aged 23 or under, from the top 10 European leagues last season…

Leicester have been linked with the Belgium international but AC Milan seem most keen. De Ketelaere already has Champions League experience, which is one of the reasons Milan are supposedly prepared to stump up £35million for the 21-year-old.

At least two-thirds of the Big Six have been credited with an interest in the Brooklyn-born Canada striker, with Tottenham and Man Utd most-recently linked, along with West Ham.

The Holland international spent last season on loan at Anderlecht from Bayern Munich, where he has only a year remaining on his contract. Amid talk of Bayern cashing in, Anderlecht are keen to make his move a permanent arrangement, while Ajax are also said to be eyeing a deal.

Scamacca won his sixth Italy cap at the weekend against England, with seemingly half of Europe chasing the 23-year-old. Arsenal, Manchester United, Newcastle and West Ham are tracking Scamacca, as are PSG, Dortmund, Juventus, Inter and AC Milan.

The 21-year-old already has his feet under the table at Real Madrid after his big move. Vinicius Jr’s only concern is the contract renewal Real are said to be readying.

Not many clubs would consider buying Russian right now but, as we know, Newcastle think differently these days. Agalarov, 21 apparently, is yet to be capped by the national team.

He’s going to tear up the Premier League, isn’t he?

Only seven of Vlahovic’s 24 Serie A goals were scored for Juventus; the rest came in the first half of the season for Fiorentina. Arsenal chased the Serbia striker hard but it seems his agent didn’t even bother to pass on their messages.

That’s some haul from Nunez, especially following a season in which he scored only six in 29. Not sure if you’ve heard, but he’s signed for Liverpool.

It’s easy to understand why Real Madrid didn’t react kindly to being custard-pied by Mbappe this summer, and why PSG dropped to their knees for his agent, but the feeling persists that the European champions will get their man one day.