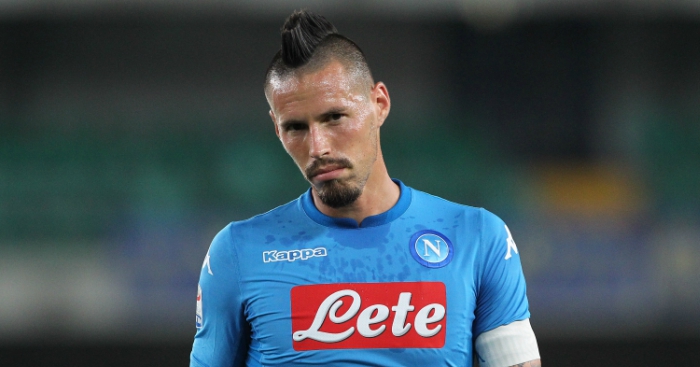 Marek Hamsik admits that choosing whether to join Manchester United would be “the hardest decision in my career”.

Hamsik has long been linked with a move from Napoli, where he has spent the last decade.

The midfielder moved to the Serie A side in 2007 and has been one of their finest, most consistent performers.

He has scored 113 goals in 456 games for the Italian club, winning three trophies.

Now aged 30, the chances of moving to one of Europe’s elite clubs are slim, but there is no guarantee he would welcome a departure.

Asked whether a move to United, Barcelona or Bayern Munich would appeal to him, he replied: “That’s hard to say. It would surely be the hardest decision in my career.

Speaking to German magazine Kicker, he continued: “Maybe everyone wants to play at these clubs, but I can’t answer that.

“I think that Napoli is one of the top 10 European teams in terms of gameplay and performance.”