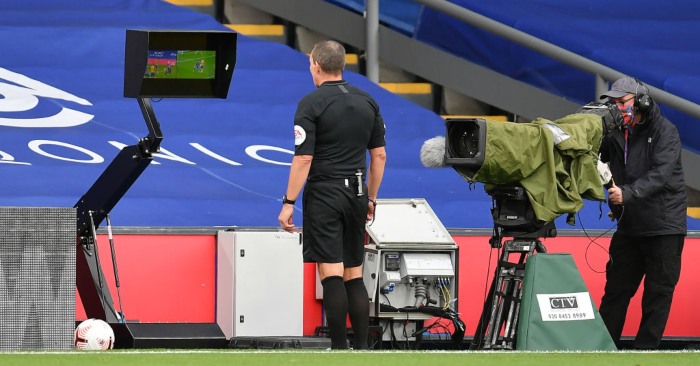 Football’s lawmakers will discuss the controversial handball rule when they gather virtually next week, the PA news agency understands.

The agenda for the next meeting of the technical and football advisory panels of the International Football Association Board (IFAB) does not explicitly mention handball, but it is understood it will be talked about on November 23.

UEFA president Aleksander Ceferin wrote to his FIFA counterpart Gianni Infantino last month asking that IFAB look again at the law, which was changed in 2019 in a bid to make it less subjective.

FEATURE: Killing the world for football is abso-f*cking-lutely-insane

Ceferin said there was “growing frustration and discomfort” within football over the law changes and how they were being applied.

He highlighted the difficulty of defining what a ‘natural’ body position was when the ball strikes the hand, or when it strikes a hand or arm above shoulder height, and also the amendment which meant even unintentional handball by an attacking team directly before a goal is scored should be penalised.

He wrote: “I propose to reconsider the old text of Law 12 which, in its extreme conciseness, provided almost all factors that the referees must bear in mind in order to assess whether a handball should be held intentional or not.

“I believe that going back to the previous wording, perhaps reviewed and integrated by a provision which does not allow goals to be scored with a hand/arm, is an option to be taken into account.”

Handball could be discussed as part of the summary of law changes made for the 2020-21 season. At IFAB’s 2020 annual general meeting in February, clarification on the 2019 changes was provided over which part of the arm represented handball, and which should not be given as handball.

IFAB’s panels may propose further clarification on the handball law for the 2021-22 season.

The panels will also consider the temporary dispensation to increase the number of substitutes allowed to a maximum of five, and whether it would be helpful to further extend this beyond 2021 to assist teams and competitions managing a congested and delayed schedule as a result of the coronavirus pandemic.

PA understands a proposal from former Arsenal boss Arsene Wenger – now head of global development at FIFA – will be looked at. He proposes that a player should be onside if any part of their body that can score a goal is behind or level with the relevant defender.

It is possible the panels will make a recommendation for new proposals on offside to be trialled next season.

VAR itself is on the IFAB agenda, but it is understood this is to highlight to the panels that responsibility for the implementation of the technology has now passed to FIFA.