Tired of, tired of, hangin' around. Not these chaps. We've picked six who stuck around... 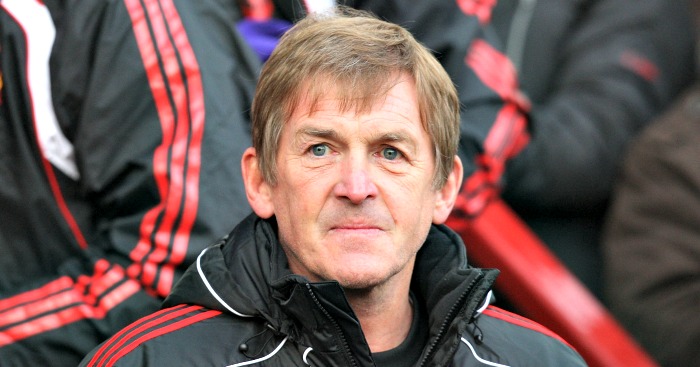 With David Unsworth coming to the end of his epic (in terms of time only) caretaker stint at Goodison Park, we find six other spells that lasted far longer than anyone thought possible. We were helped by an old Guardian Knowledge column from 2008, so thank you…

Malcolm Crosby (Sunderland): Four months
When Crosby followed Denis Smith from York City to Sunderland to continue as his assistant manager, he never expected that it would end up with him leading the team out in the FA Cup final. But after Smith was sacked late in 1991, Crosby took over as caretaker, and never looked back.

With Sunderland struggling to persuade any of their first-choice candidates to take the job, Crosby stayed in charge and took the club into the final of the FA Cup despite being in the second tier, beating Chelsea, West Ham and Norwich along the way. Crosby was eventually appointed on a full-time basis before the final, which was lost to Liverpool, and he was ultimately a failure as manager. He was eventually replaced by Terry Butcher in February 1993.

Kenny Dalglish (Liverpool): Four months
When Dalglish resigned as Liverpool manager in February 1991, it was because he had been eroded by the impact of the Hillsborough disaster. Dalglish understood his responsibility in showing that the club would not be broken by tragedy, but would fight on in the memory of those lost. He attended funerals, answered letters and stayed strong until he could stay strong no more.

In many ways it is a shame that Dalglish ever came back, because he could never hope to improve his standing amongst supporters. Answering Liverpool’s need was his calling and he would never say no, but Dalglish’s caretaker stay after Roy Hodgson’s failed tenure eventually became a permanent job. That ended with his sacking in May 2012 and the lasting memory of the ludicrous public defence of Luis Suarez after his racist abuse towards Patrice Evra.

Tony Parkes (Blackburn Rovers): Seven months
For those of us of a certain age, Tony Parkes is caretaker management. His last spell was at Blackpool in 2008/09, but before then Parkes was caretaker six times at Blackburn Rovers. It was inevitable that one of those spells would be long enough to get into this list

The one in question was his third spell, in 1996/97. Parkes replaced Ray Harford after Harford had left in October following the sale of Alan Shearer. Blackburn had failed to win any of their first ten league games and had been knocked out of the League Cup by Stockport County of Division Two.

Parkes won his first game 3-0 against Liverpool, and a run of two league defeats in 19 matches ensured that he stayed in position without ever becoming the permanent answer. Roy Hodgson replaced him in the summer and turned Blackburn into unlikely title contenders.

Yet we’re going with Taylor, even if he matches Pearce in losing his only game in charge. He was put in temporary position after the Football Association failed in their attempts to re-appoint Bobby Robson.

Taylor’s one match – 1-0 friendly defeat in Italy during which a youthful England actually played very well – is famous for marking David Beckham’s first match as England captain. Beckham should have won a penalty moments before Gennaro Gattuso scored the winner.

David Pleat (Tottenham): Eight months
The longest-serving caretaker on the list, Pleat was put in temporary charge of Tottenham three times between 1998 and 2004, but his last stint was comfortably the longest.

Pleat replaced Glenn Hoddle in September 2003 after a wretched start to the league season, and was expected to hang around for a few weeks until a permanent manager could be found. Yet two wins and two draws from his first four games following three heavy defeats under Hoddle led to Daniel Levy postponing the recruitment process, despite never announcing that Pleat was any more than a caretaker.

Even when Spurs lost seven of their next nine league games Pleat stayed put, and eventually left at the end of the season when Tottenham finished 14th and appointed Jacques Santini. That went swimmingly too.

Knut Tørum (Rosenborg): Three months
Our only foreign entry, but included for a reason. In August 2006, Rosenborg’s Per Mathias Høgmo went on a three-month health absence for the final stretch of the season and the club announced that Torum would take over in temporary charge. Rosenborg trailed league leaders SK Brann by ten points.

Torum transformed the team’s fortunes, winning a club-record eight league matches in a row and twice being named Manager of the Month as Rosenborg won the Tippeligaen by seven points. Although the club insisted that Høgmo would return to his job at the end of the season, he eventually took matters into his own hands by retiring.

Torum would be named Manager of the Year and got the job on a full-time basis, before eventually being sacked in 2007. Fun fact: It was Torum’s Rosenborg who caused the sacking of Jose Mourinho from Chelsea after 1-1 Champions League draw in September 2007.