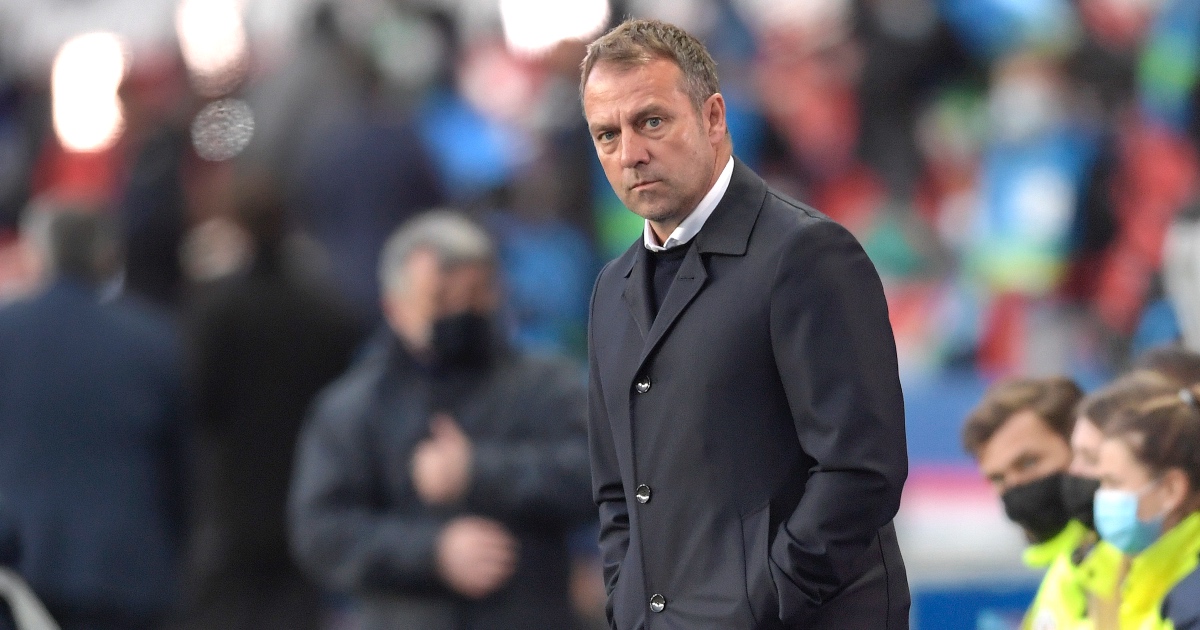 Hansi Flick has asked Bayern Munich to terminate his contract amid rumours he could take over as Germany boss.

Joachim Low will step down from the national team role after this summer’s European Championship.

Flick is widely seen as his preferred successor, having impressed during his time with Bayern.

FEATURE: The 20 Premier League regulars yet to score a goal…

Following the 3-2 victory over Wolfsburg on Saturday, during which Jamal Musiala scored a brace, Flick announced his decision to leave the club.

Speaking to reporters, he said (via Mirror): “I told the team today that I informed the club during the week, after the game in Paris, I would like to terminate my contract at the end of the season.”

The German boss is thought to be excited at the prospect of managing his country. He looks set to take charge of Joshua Kimmich and co at next year’s World Cup in Qatar.

However, it’s not just the lure of the national team that has signalled his departure from Bayern.

Flick is said to have fallen out with club director Hasan Salihamidzic. Despite leading the Bavarians to the Champions League and Bundesliga titles last season, he was angered by their transfer dealings.

Midfielder Thiago Alcantara was sold to Liverpool in the summer even though he played an important role in their success.

Flick wanted to sign a striker who would provide cover for talisman Roberto Lewandowski. He wasn’t backed and instead had to rely on Eric Maxim Choupo-Moting.

Those tensions were worsened by the midweek Champions League exit at the hands of Paris Saint-Germain.

Their 3-2 defeat at home in the first leg put them in a poor position to qualify for the semi-finals.

A 1-0 victory in the second leg, courtesy of Choupo-Moting’s first half goal, wasn’t enough to see them through.

Many saw the result as an example of how Bayern have regressed since last season.

However, PSG have improved under Mauricio Pochettino and Kylian Mbappe easily found gaps in the Bayern defence.

It’s not yet clear who will replace Flick at the Allianz Arena. One reported target is Liverpool boss Jurgen Klopp, although his relationship with Borussia Dortmund could rule him out.