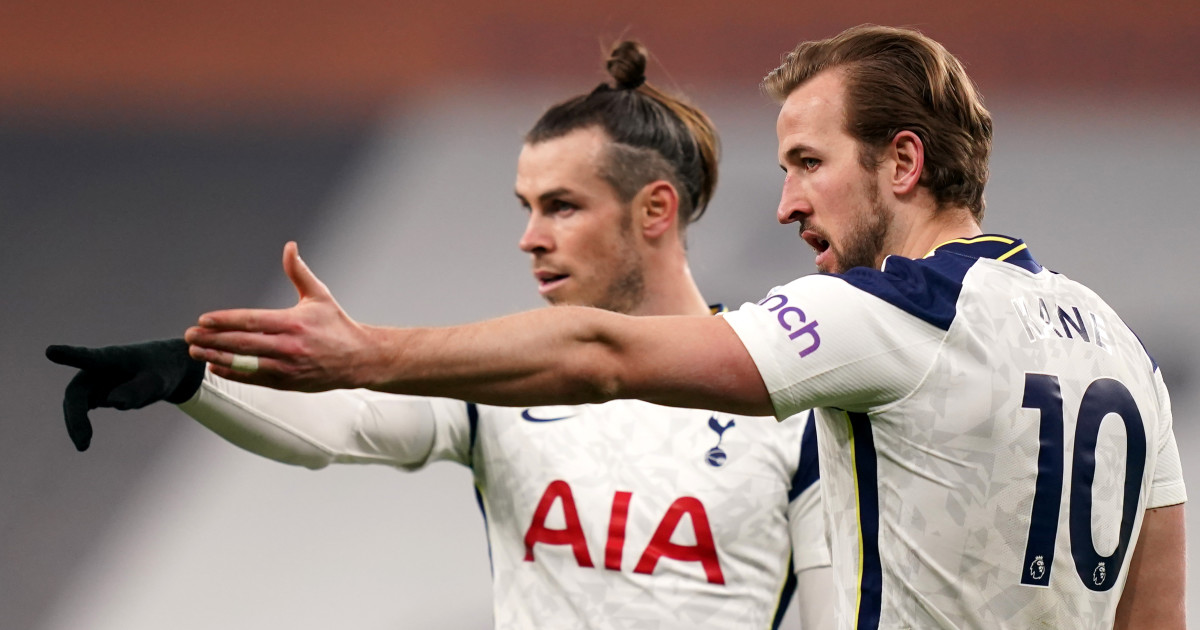 It’s taken a very, very, very long time for the penny to drop, but for Spurs and Jose Mourinho this very strange season could still have a happy ending.

An extremely kindly run of fixtures at an opportune time has certainly helped, but these are also the precise kind of fixtures Spurs were busy making a bollocks of when things were going reasonably well earlier in the season.

While ‘only Burnley’ or ‘only Palace’ and especially ‘only Wolfsberger’ are reasonable caveats if you seek only to dampen expectation and acknowledge upcoming tests will indeed be tougher, they are not if you’re looking to pretend that something hasn’t fundamentally changed in mindset and approach, while “only Fulham” is just profoundly inaccurate based on recent form and additional information acquired this weekend.

Against Burnley, Spurs produced their best first half since the West Ham unpleasantness. Against Palace, their best second half since dismantling Southampton in the second week of the season.

It is a curious fact that Spurs’ season may well come to be defined by their two games against West Ham.

The 3-3 draw, one of the silliest games in a very silly season, did not as might easily be assumed fundamentally alter Tottenham’s approach. But it did cement it in a dreary and ultimately joy-sapping rigidity.  While the role of the West Ham game was overplayed – the 5-2 win at Southampton, for instance, came from only eight touches in the Saints’ penalty area, and the 1-1 draw against Newcastle had already highlighted the tendency for a) sitting on a lead despite dominance and b) making an avoidable mess of it – Spurs’ football certainly lost some of its joy after that game, with an ever-growing tendency to place masking the defensive weakness above emphasising the attacking strength. They took 16 points from the next 18 available, but again benefited from a friendly fixture list and a dollop of luck. Fraught wins were secured against Burnley, West Brom and Brighton while Manchester City, Chelsea and Arsenal were all fixtures that justified, to a greater or lesser extent, Mourinho’s increasingly puritanical low-block-and-counter tactics.

Then things went really quite badly wrong for quite a while, and it would take another West Ham game to change it. This time it ended in an even more disappointing result, a 2-1 defeat after a dreadful first half and sloppy start to the second seeing Spurs 2-0 down and the season dribbling away.

The remainder of the game, though, was spent relentlessly attacking the West Ham goal with, crucially, Gareth Bale at the heart of it all.

Since then, Spurs have been very different. This was an even better performance than against Burnley, because unlike Burnley Palace didn’t play conspicuously badly. Spurs were more precise and coherent all over the field in this game. Notably, the setback of conceding to the first chance they allowed Palace right on the stroke of half-time disrupted neither confidence nor rhythm.

Indeed, there’s a very compelling argument to be made that scoring the equaliser so early in the game was Palace’s gravest error. Instead of deciding whether to stick or twist in the second half, Spurs now had no choice. Seven minutes into the second half, 1-1 had become 3-1 and Spurs were flying. The alternate reality where Matt Doherty doesn’t lazily fail to pressure Luca Milivojevic’s cross or Christian Benteke doesn’t tower above the centre-backs to plant a header into the top corner in first-half injury time may well have in fact featured Gary Cahill instead nodding home in the 84th minute to secure a 1-1 draw, Palace finally making the breakthrough from their 12th corner of the half.

We’ll never know. We don’t need to. You would like to hope that Spurs would simply have continued playing the way they had been with or without the Benteke setback. Because they were excellent. Harry Kane and Gareth Bale – Hareth Kale as they are now known on social media with accompanying imagery to haunt your nightmares – will dominate the headlines (see above) but the whole starting front four were excellent.

Lucas Moura’s relentless pressing and harrying was instrumental and on another night would have been a man-of-the-match performance. Spurs are also, and we’ve run the data on this, 83% less dreary whenever Sergio Reguilon is in the team.

Erik Lamela was again excellent from the bench – Spurs probably wouldn’t have held on without him at Fulham – and Harry Winks played well enough that a much-needed rest for Tanguy Ndombele didn’t hurt Spurs at all.

But the important thing is that whoever is in that front four – and it is a four, and it’s definitely very significant that Bale is fit and confident again – they represent Spurs’ strength and they are now playing to that strength. It is no coincidence that at the other end of the pitch Davinson Sanchez’s form is improving now he has a semi-regular partner in Toby Alderweireld and the whole gameplan doesn’t rest on him being flawless for 90 minutes every single week.

The absurd attacking power at Mourinho’s disposal was highlighted by the fact that on a night dominated by the elite combination of Kane and Bale, Son and Kane broke the record for most goal combinations in a single season, reaching 14 with over a quarter of the season remaining.

The nature of this season means Spurs could still finish anywhere between third and ninth, with anywhere between two trophies and none. But with four straight wins in all competitions since that second-half lightbulb moment at West Ham, Spurs can at least start to dream about the upper end of those possibilities again. All hail Hareth Kale.