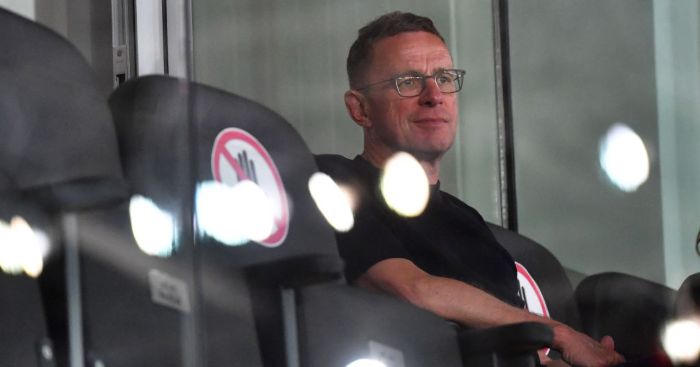 Owen Hargreaves thinks that former RB Leipzig director of football Ralf Rangnick would be “perfect” for the same role at Man Utd.

There were rumours in January 2019 that the Red Devils wanted to select a director of football before they appointed their next manager.

That didn’t materialise – with Ole Gunnar Solskjaer taking the reins as manager – but the club are still reportedly committed to bringing in the right candidate for the role with the likes of Edwin van der Sar and Marcel Brands linked in recent times.

And Hargreaves has a recommendation of his own with the former Man Utd midfielder tipping Rangnick as the man to unearth “hidden gems”.

“I don’t think you could get a better one. The recruitment, the detail, everything. He’s almost perfect for the job. He’s got experience, he’s been in big jobs,” Hargreaves told BT Sport.

“He was the architect behind that RB Leipzig project, getting to a Champions League semi-finals with players that wouldn’t get in any of the top teams.

“Going and getting Julian Nagelsmann to take them to the next level. His attention to detail is second to none. He’d be perfect for Manchester United.

“You think about Naby Keita, Mane, Joshua Kimmich, Haaland, all those players that come through him. A sporting director should get players that we don’t really know – that makes it really interesting – to sign players like Kylian Mbappe, that’s easy.

“But finding those hidden gems, those next ones – like Haaland – that’s what they should be doing. Ralf Rangnick does that time and time again.”