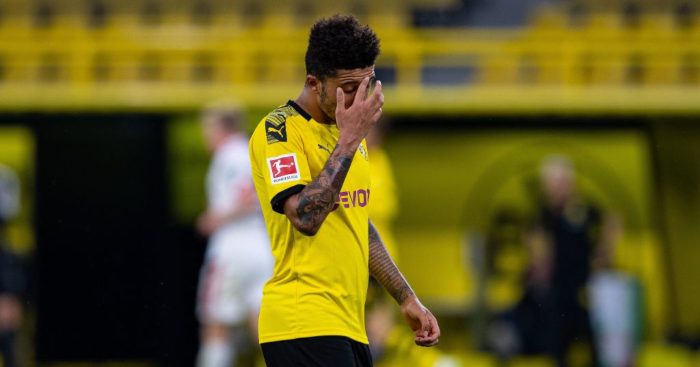 Owen Hargreaves claims Borussia Dortmund are “bluffing” and believes Jadon Sancho will be a Manchester United player in “a pretty short time”.

Dortmund’s sporting director Michael Zorc insists Sancho will play for them next season after United missed the deadline to sign him, but the Red Devils remain confident of landing their top transfer target.

And Hargreaves believes the saga isn’t over and Zorc’s ultimatum is nothing but a bargaining chip intended to gain the top price for Sancho.

“They are just trying to get some more money out of it. It’s the nature of the beast.

“Obviously they know United are really interested and they are pretty heavy into negotiations. I think they are bluffing and they know he is going to leave at that price.”

MAILBOX: Greenwood is proof of why Man United really do need Sancho

The Bundesliga outfit want £108m for the England international, but the two clubs have not been able to reach an agreement with Manchester United.

He said: “By the looks of it, Dortmund are playing hard ball.

“Dortmund want more money so it depends on Man United, if they want to go the extra mile. If they really rate him and think he can be that big of a hit, they will.

“They missed out on (Erling) Haaland and I think it was a missed chance. Because Everyone’s seen over the last six to eight months what he can do. He’s a brilliant player.

“They don’t want to miss out on the next big thing but how far are they willing to go? That’s the trick question here. It’s business.”