Home All The News Hargreaves: Foden will soon be ‘undroppable’ 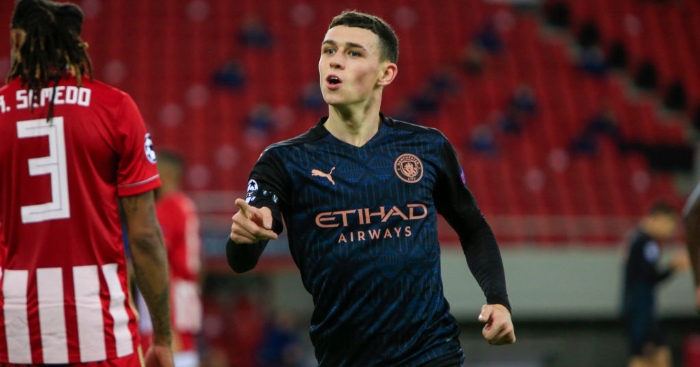 Owen Hargreaves believes that Phil Foden will become “undroppable” for Manchester City in the near future.

For the past few years, Foden has been regarded as one of the brightest young prospects in English football. But much as been said about the amount of game time being afforded to him at Man City.

He made 38 appearances for Pep Guardiola’s side last season. Yet only 18 of his outings last term were starts. The youngster got eight goals and nine assists for City in 2019/20.

Foden has started the new season well. He has been involved in five goals from his eleven appearances in all competitions.

The midfielder bagged the only goal as City beat Olympiacos in the Champions League on Wednesday night.

Hargreaves was full of praise for Foden when speaking to BT Sport, as cited by Manchester Evening News, after Wednesday’s game:

“I would love to see Bernardo Silva get that form back that he had a couple of years ago when he was one of the best players in the Premier League. They are close, and those chances they’re creating, they’re gonna get more clear-cut and we’re gonna get more cricket scores in the future.

“You’re used to Man City scoring goals, but me and Joleon were talking about it… maybe this is the new Man City whilst they’re still trying to fit all of the pieces together.

“I think he’s still getting the balance of the team right, I think defensively they’ve sorted it out – especially today. Going forward, when they get everyone back, that chance conversion is gonna go way up. 22 shots against Tottenham, and again today, but those numbers are gonna come back up.

“The attack will sort itself out when the personnel is there.”