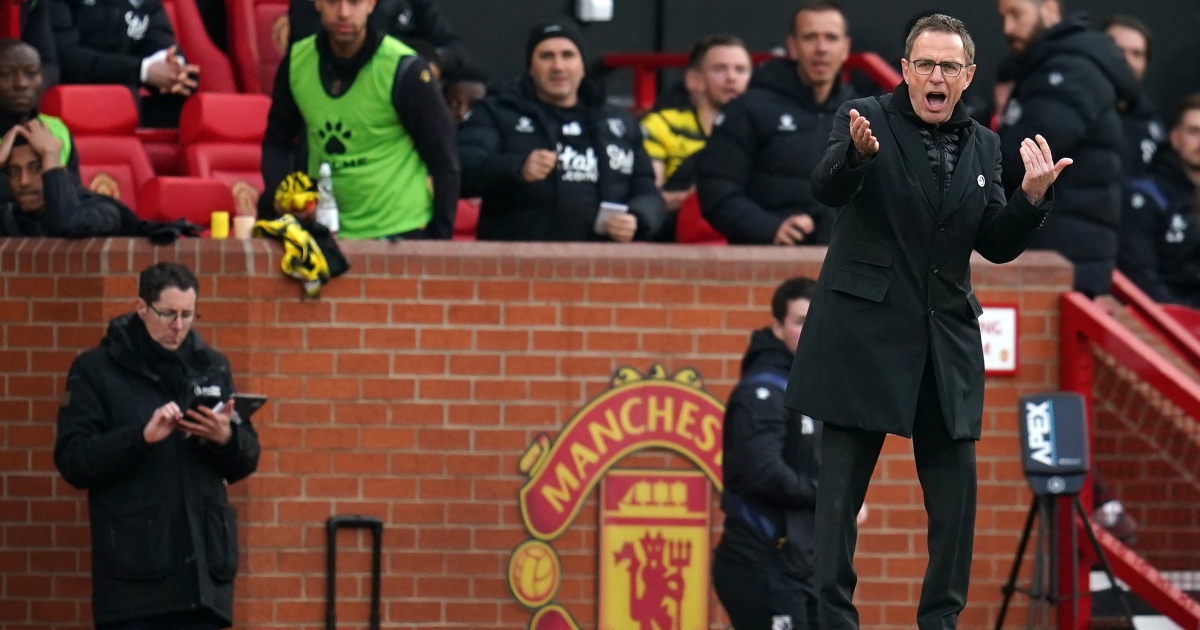 The Red Devils failed to make their numerous chances pay on Saturday as they were held to a 0-0 draw at home to Watford in the Premier League.

It was a third draw in five Premier League outings for Man Utd who are only two points ahead of fifth-placed Arsenal having played three more games.

Hargreaves thinks Man Utd could’ve beaten Watford by four or five goals on Saturday and urges them to improve their finishing.

“Goalscoring has been a huge issue for United this season, I think they’ve got 20 less than Man City, and 25 than Liverpool.

“That’s the big thing, today you’ve got to win that game, the chances are there.

“They’ll be devastated because that top four race is so important to the football club, but they just can’t convert their chances.”

Rangnick has come under pressure in recent weeks over performances and results but Hargreaves insists that they are “a lot better” under the German.

Hargreaves added: “They’re playing a lot better under Ralf, they really are. If anybody thinks Ralf’s the problem, then they’re not watching properly.

“The players are the ones responsible on the pitch, and they’ve got to take those chances when they’re there.”

When asked why good players were not taking chances in his post-match interview, Rangnick said: “It is difficult to say. Our job as coaches and the head coach is to help the team create enough chances.

“If we only had two or three opportunities in the game, we could ask ourselves what can we do to create even more. But I think the number of clear chances we had today has to be enough to win a game like this.”

Man Utd have a tough-looking fixture list coming up with Man City, Tottenham and Liverpool their next three Premier League fixtures, while they play the second leg of their Champions League clash with Atletico Madrid in between.