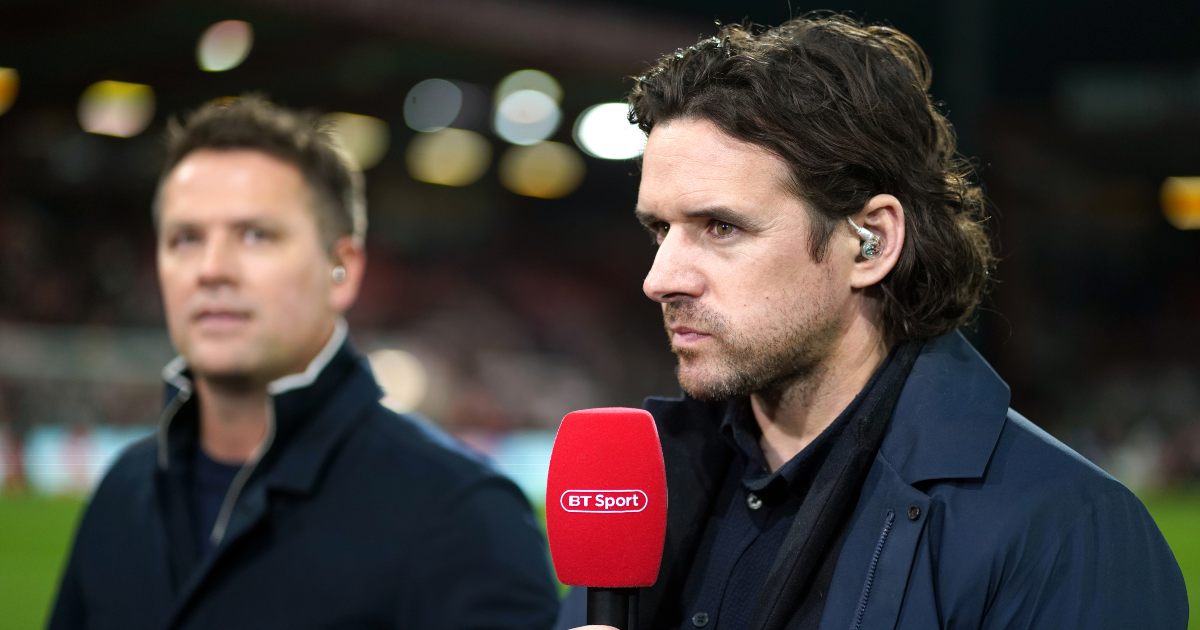 Hargreaves doesn’t think it’s “realistic” for United to win the Premier League next season but has explained how they can “bridge the gap” to Manchester City.

He claims Solskjaer should look to bring in a centre-back and a central midfielder in the summer transfer window, as well as a right winger.

MAILBOX: Sadio Mane and other Liverpool flops a bigger worry than Thiago…

United have been chasing the signature of Sancho from Borussia Dortmund for the last two seasons, with the clubs at an impasse over the transfer fee for the England international.

The 24-year-old has started 23 Premier League games in his debut season at Elland Road following his £17million move from Rennes in the summer.

He’s notched six goals and six assists for Marcelo Bielsa’s side, earning plaudits from all quarters and has been linked with Liverpool as well as United.

“A lot of people have played out on that right hand side and haven’t really found it.

“Jadon Sancho would be amazing.

“You think about Raphinha at Leeds and what he could do in this United team – there’s obviously levels, and you can’t always spend £100 million on a player.”

United could hold the advantage over Liverpool in any race for Raphinha, with Bruno Fernandes said to be in ‘daily contact’ with his former Sporting Lisbon teammate.

“Raphinha, I miss Raphinha,” Fernandes told Top Mercato in December 2019. “He’s a player with whom I had a different chemistry from the others. He understood me at a glance.

“He knew, according to the movement of my body, where I was going to put the ball to him.

“I also miss him because he brought joy to the locker room. He’s also a responsible and hardworking person.”