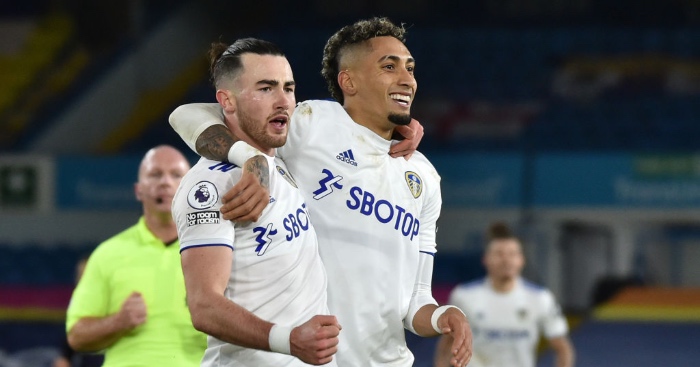 Leeds winger Jack Harrison saluted a redemptive 5-2 victory over Newcastle at Elland Road, drawing a line under a frustrating past few weeks for the West Yorkshire club.

Back-to-back defeats against West Ham and Chelsea, despite taking the lead in both matches, had turned up the pressure on Marcelo Bielsa’s side, who had gone five games without a win at home prior to Wednesday night.

It seemed that run might continue when Ciaran Clark headed Newcastle level, exposing Leeds’ weakness at set-pieces in the process, but a barnstorming final 13 minutes swung the match dramatically in the hosts’ favour.

Stuart Dallas struck as Leeds took the lead again and Ezgjan Alioski put the finishing touch on a swift counter-attack, while Harrison added further gloss to the scoreline by superbly finding the top corner from 25 yards.

“We’ve had a few rough games and we were really hoping to come back and redeem ourselves,” Harrison said on Leeds’ official website.

“We knew how important it was to come out strong, be aggressive and play our usual game and we did exactly that.

“We want to be as aggressive and intense as we can. If you look at all the players making long runs in the last few minutes, it shows our fitness levels and how we want to play. We know how important it is for us to do that.”

Seeking a way back into the game, Newcastle were twice caught out as Leeds quickly turned defence into attack, Harrison capping a memorable night for the home side with his left-foot strike from distance after driving forward.

“It was really fortunate to get that one at the end, we’re always trying to be intense and play until the final whistle.”