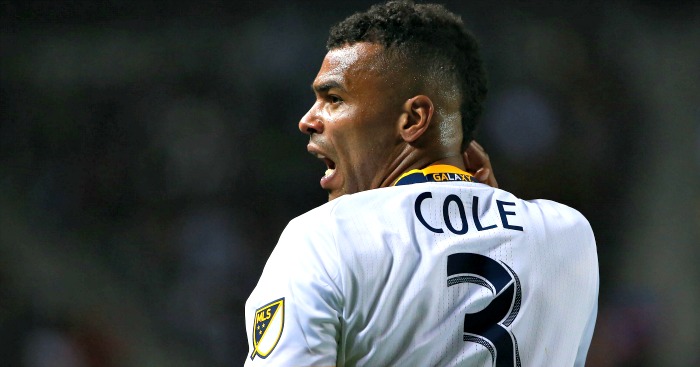 The 36-year-old, who spent the majority of his career in London playing for Arsenal and Chelsea, is currently plying his trade Stateside for Major League Soccer side LA Galaxy.

Cole has until the end of the year on his contract with the American club and has impressed in his second season on the west coast of the USA.

The Sun claims that Redknapp wants to bring Cole to the Championship to help Birmingham push on with Cole’s ‘experience’ and ‘winning mentality’ two attributes that the ex-Tottenham boss is keen on.

It is reported that Redknapp missed out on signing Cole’s former team-mate John Terry but they have brought in goalkeeper David Stockdale, plus Craig Gardner, Marc Roberts and Cheikh N’Doye in midfield.

In response to speculation linking Cole with a move to St Andrews, Redknapp said: “Ashley Cole is still in great nick.

“Someone mentioned him and I thought ‘That is an interesting player, for sure’. You can’t beat a bit of quality.

“And for me he was possibly the best left back in the world a few years ago at one time when he was at Chelsea.

“I know Ashley, he’s a great lad and he could certainly play at this level – no problem.

“It hasn’t really gone anywhere, I just mentioned it someone and like everything it ends up getting out.”