Home Mediawatch When Harry Kane gets advice from Stan Collymore… 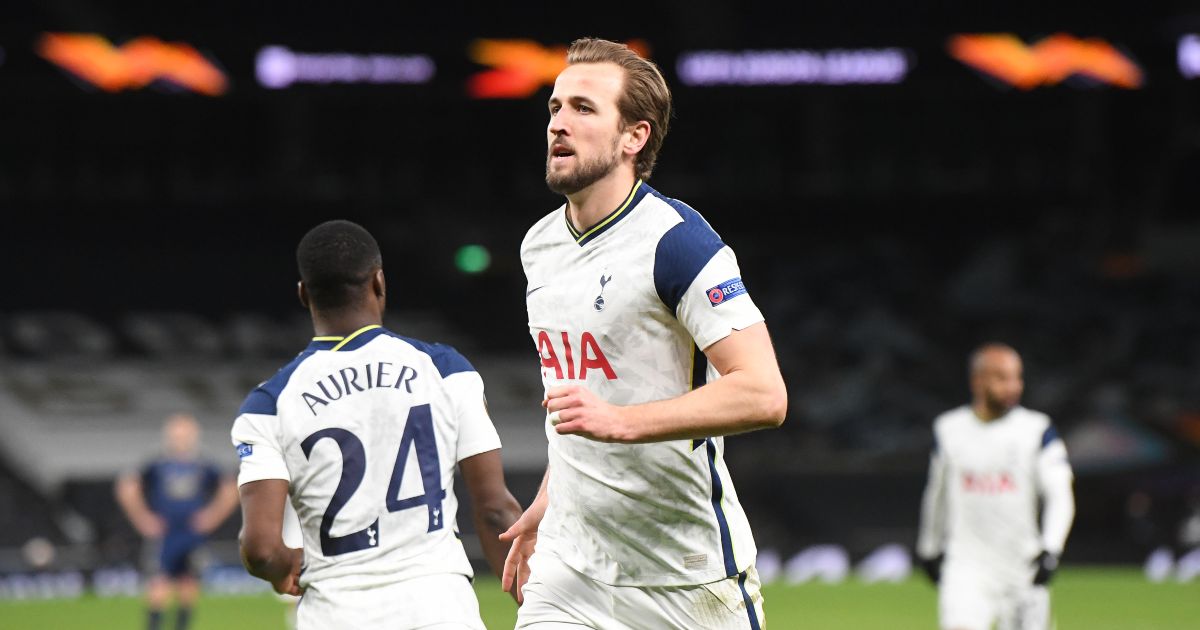 Know what I mean, Harry
Harry Kane scored for England on Sunday; it was his 33rd goal in just 52 England games. At club level, he has scored 160 goals in 234 Premier League games and is on course to break Alan Shearer’s all-time top scorer record. He has twice won the Premier League Golden Boot and is current joint top scorer. So obviously this is the perfect time for Stan Collymore to offer him some advice. Because it took him 38 minutes to score against Albania and that is simply not acceptable.

‘If Harry Kane wants to knock Robert Lewandowski off his perch as the world’s best centre-forward then he has to stop playing like he did in those first 20 minutes against Albania.’

First, we’re not sure that is Kane’s actual target. And who decides anyway? There isn’t an award. Is it Stan Collymore who decides? Can we really trust a man who does not rate David Silva or Sergio Aguero?

‘Lewandowski is an out-and-out striker, a goalscorer who sometimes comes deep to pop the ball off but essentially works within the confines of the 18-yard box.

‘Kane, meanwhile, is the arch goals-and-assists man, someone who comes deep to spray passes left and right, and allows others to bomb past him.

‘I’m not trying to hammer him for that, because his figures back up how well it has worked for him and Tottenham over the years.

‘But with England, he needs to separate himself from the job he does with Spurs and focus only on getting on the last man and demanding others get the ball to him.’

Does he? He literally won the Golden Boot at the World Cup in 2018. It sounds like it might be kind of working for him. We’re not sure the answer to somebody scoring their 33rd goal in 52 England games should ever be ‘well done but now change your style’.

‘Early on against Albania, he was dropping and drifting, and there was no need for that with Raheem Sterling, Phil Foden, Mason Mount and Declan Rice alongside him.

‘But when he did go and stand in the box, Sterling popped off a pass to Luke Shaw, he put in a standard cross and, lo and behold, Kane got on the scoresheet.

‘That’s what I want to see more of because, if he does want to be remembered as the best of his time, then it’s goals he will be measured by.’

First, let’s deal with this ‘go and stand in the box’ thing. There are rules against that, fella. We know your playing days are well behind you, but offside was then A Thing and still is now.

‘At a Real Madrid, Bayern Munich, Liverpool, Manchester City or Manchester United they wouldn’t care how many assists he got if he only scored 10 or 15 a season.’

This is just bizarre. He has never scored 10 or 15 Premier League goals in a season as a senior player. Even in seasons in which he has missed nine or ten games, he has never scored 10 or 15 Premier League goals as a senior player. Those clubs would not buy Harry Kane expecting 10 or 15 goals a season. What Collymore does not appear to grasp is that Kane is claiming assists AND scoring goals. The two are not mutually exclusive; he has not sacrificed one for the other.

‘During my two campaigns at Liverpool, football still didn’t look too hard at stats, if at all, but when I look back now I hit the double double — double figures on goals and assists — both years, which was no mean feat given Robbie Fowler was always going to be the central striker.’

‘(Lewandowski) is streets ahead of Kane as an out-and-out centre-forward and in this exciting England team he’d be saying, ‘I’m just going to stand on the last defender and I will get goals’.

‘That’s what the biggest fish in the biggest ponds do and I guarantee that if Kane was at Real, Bayern, United, City or Liverpool he doesn’t give England another 20 minutes like that one.

‘Instead, he’d just hold the ball up and go, ‘Right, you lot serve me’.

‘It’s the sort of arrogance that comes with being at the biggest clubs and the fact he’s not showing that yet means now might be the time for him to join one.’

So to recap: Harry Kane is a complete footballer who scores a lot of goals for club and country but if he joined a bigger club, he would be less of a complete footballer but he would not have to endure 20 minutes in which he did not take a single shot before scoring his 33rd goal in 52 England games. What the f*** is he waiting for?

The answer to that question might well be ‘a club willing to pay the £150m price’ but never mind those details, ‘now might be the time for him to join’ a big club just so he can stop worrying about ridiculous things like build-up play.

Shaw thing
‘Luke Shaw had managed just 60 minutes of international football under boss Gareth Southgate until last night. Along with James Maddison, Jack Grealish and Aaron Wan-Bissaka, he was a member of the England Misfits Club. Players whom Southgate did not appear particularly keen on’ – Charlie Wyett, The Sun, March 29.

‘Shaw, 25, is the first to acknowledge that he only has himself to blame for that startling lack of game time’ – Mark Irwin, The Sun, March 30.

Maybe just, you know, talk to each other?

Crisis talk
In some ways, Dave Kidd is right in The Sun when he talks about England’s Euro Under-21s ‘stinking the place out again’ actually being no big deal as Aidy Boothroyd is not being allowed to pick Trent Alexander-Arnold, Jadon Sancho, Mason Mount and many others. He writes that it’s ‘hardly a developmental crisis’.

But when even his best Under-21 (or Under-23) XI features an out-of-position Declan Rice at centre-half alongside Ben Godfrey, we do raise an eyebrow. This weekend France fielded an Under-21 side featuring Ibrahima Konaté and Jules Koundé at centre-back, while Wesley Fofana and Benoît Badiashile were on the bench. That’s a development surfeit.

Shock tactics
Over in the Daily Mail, we are told that ‘The Football Association will consider Frank Lampard as a shock candidate when they begin the search to find a new England Under-21 head coach’ and we are not sure we have ever been less shocked. 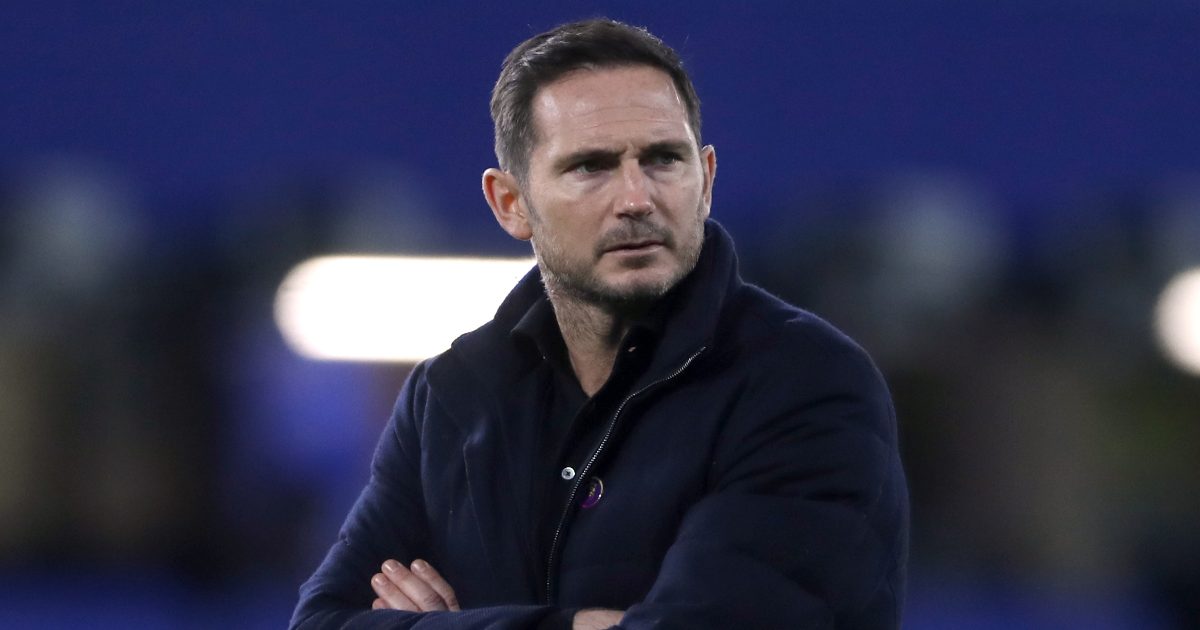 To those unfamiliar with supercomputers, it is worth consulting Wikipedia: ‘Supercomputers play an important role in the field of computational science, and are used for a wide range of computationally intensive tasks in various fields, including quantum mechanics, weather forecasting, climate research, oil and gas exploration, molecular modeling (computing the structures and properties of chemical compounds, biological macromolecules, polymers, and crystals), and physical simulations (such as simulations of the early moments of the universe, airplane and spacecraft aerodynamics, the detonation of nuclear weapons, and nuclear fusion). They have been essential in the field of cryptanalysis.’

And of course predicting Premier League tables. Not sure why that’s not mentioned there.

And how has this supercomputer supercomputed this? Now this is complex so you may have to read it several times to really understand:

They looked at the odds.

They looked at the odds.