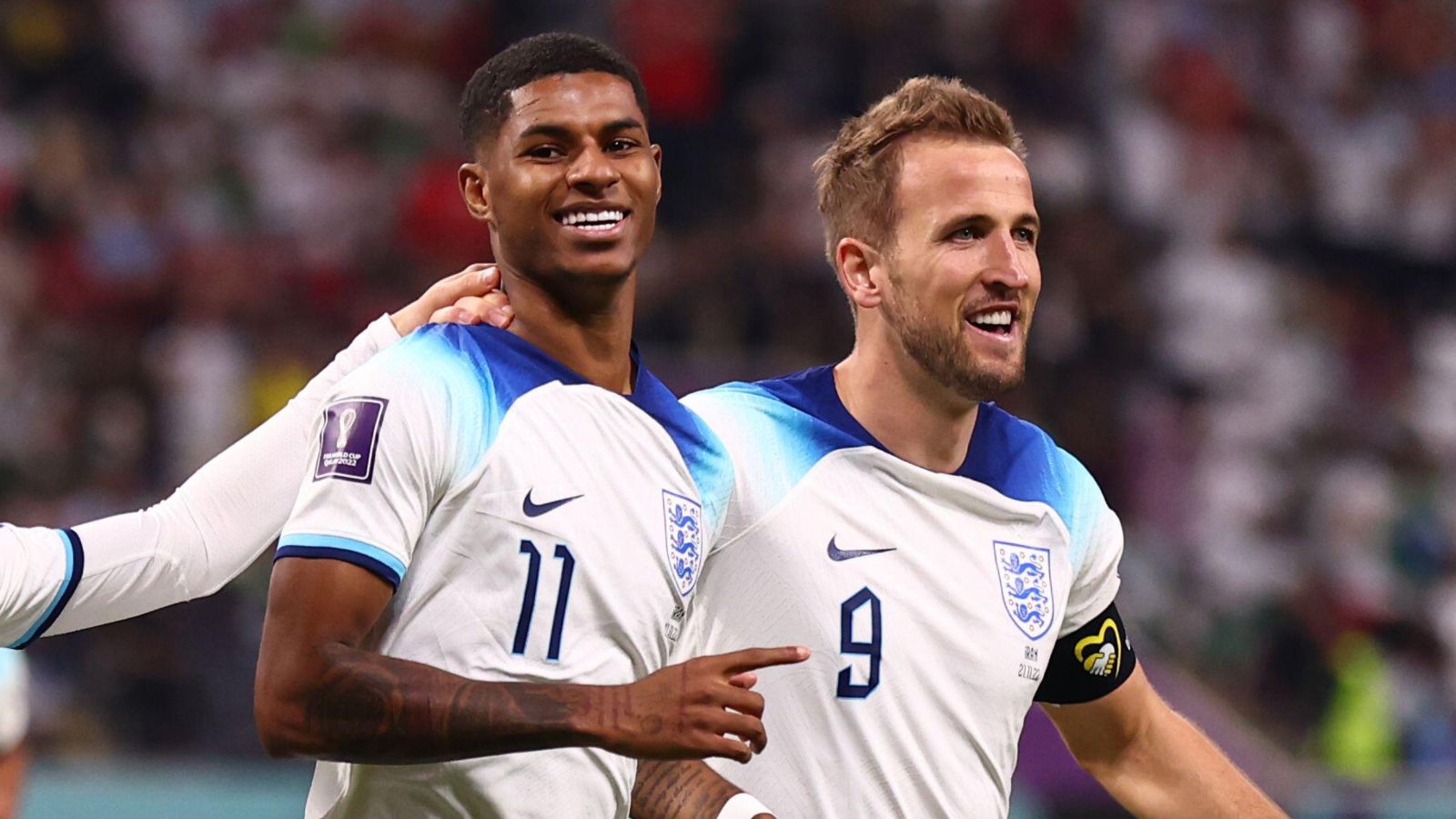 Gareth Southgate has been advised to drop Harry Kane and start Marcus Rashford for the World Cup Round of 16 clash between England and Senegal.

England breezed through the knockout stages at the World Cup by picking up seven points from their three games.

A few of their players have made a positive impact, but perhaps no one has done more so than Rashford.

The Man Utd star came off the bench to score in England’s 6-2 victory over Iran in their World Cup opener.

He then made a brief cameo appearance in the stalemate versus the United States before he started against Wales on Tuesday night.

The game was level at the break but Rashford starred in the second half as England ran out 3-0 winners.

The attacker fired home a thunderous free-kick to make it 1-0. He later added his second and England’s third after Phil Foden netted from close range.

This win sets up a tie against Senegal in the World Cup knockout stages on Sunday evening.

David James believes England will “have success” if they start Rashford for the rest of this tournament.

“I think if you start [Rashford] then you’re going to have success,” James told GGRecon.

The ex-England goalkeeper went onto pick out his full preferred eleven and he left Kane out of his team.

James added: “I’d have Jordan Pickford in goal, John Stones and Harry Maguire as the centre-back pairing and Luke Shaw at left-back.

“If Kyle Walker was fully fit, then I’d have him over Kieran Trippier. You’d need to have Declan Rice and Jude Bellingham as the two in central midfield.

“Then I’d have Bukayo Saka on the right of midfield, Jack Grealish on the left, Marcus Rashford up top and Phil Foden in behind him.

“If you want to get the best out of Phil Foden, then give him some familiarity.”

This is an interesting take from James, as it is largely accepted that no matter what system England play, Kane needs to start when he is fit.

The Tottenham star is comfortably England’s best striker. There is an argument to be made that Rashfrod is in better form than Kane, but he is best served when he is playing a supporting role from the flanks.

Ex-Premier League midfielder Jermaine Jenas is also of the view that Rashford should start for England moving forward.

“Rashford in this form, he is too quick, too sharp, too confident, too good,” Jenas said.

READ MORE: Who are the favourites for the 2022 World Cup? England are fourth after Wales win