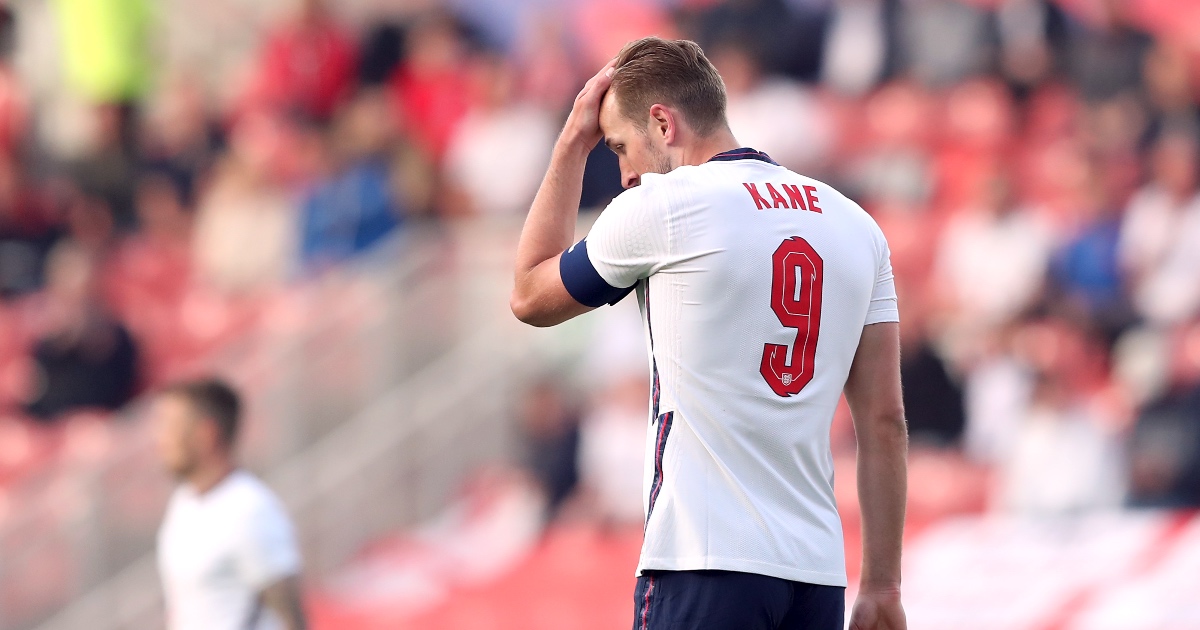 Harry Kane has said the England side are still hurt by their defeat to Croatia in the 2018 World Cup Semi-final.

The Three Lions are preparing to face the Croatians this Sunday in their first game of Euro 2020 as they look for to make up for their mistakes three years ago.

Gareth Southgate’s team fought valiantly, but fell at the penultimate hurdle back in 2018 and Kane has admitted the loss is still on his mind ahead of Sunday’s clash.

Kane spoke to The Official England Podcast about the upcoming game and England’s heartbreak in Russia.

He said: “Of course it’s a game that hurts. It’s a game we wanted to win and we wanted to get to a World Cup Final, but in football, it doesn’t always pan out how you want.

“We just fell short in that moment. But it’s a game for us in a big tournament and Croatia are a great side. We’ll be focused on their team and trying to stop their threats and we’ll try to get on the ball and create chances.

“It’s the first game of a major tournament and that’s the most important thing is to look forward and just try to beat them on the day and get off to a good start.”

The England captain picked up the Golden Boot at the 2018 World Cup and despite being hungry to get the award again this summer he seemed to have his priorities straight ahead of the tournament.

He said: “Of course, I’d love to win another Golden Boot. More importantly, I’d love to be lifting that European Cup.

“Whatever way we get there, whether it’s me scoring or others, it doesn’t bother me as long as we are winning games, that’s all I care about.”

England have already had changes to their squad with Brighton defender Ben White coming in for injured Trent Alexander-Arnold with less than a week until they welcome Luka Modric and Co to Wembley.

Kane is one of the few members of the squad that has been fit and available for both warm up friendlies, but Southgate chose to rest the talisman against Romania yesterday, opting to keep the striker fit for the upcoming busy schedule.