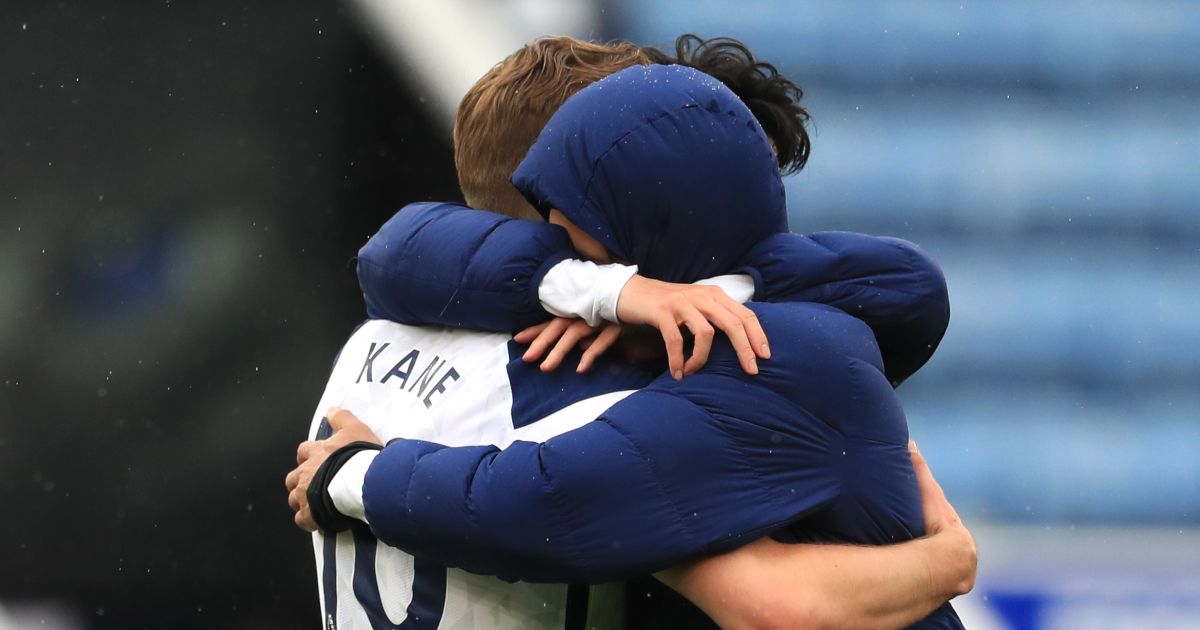 Harry Kane hints point in two different directions, Harry Maguire makes a team of the season for being a ‘tough cookie’ and Kylian Mbappe is joining Liverpool again…

The Crooks of the tatter
Not for Garth Crooks the difficult choice between Kyle Walker and Joao Cancelo at right-back or the hear-wrenching toss-up between Luke Shaw and Aaron Cresswell at left-back. After all, why choose boring full-backs in your BBC team of the season when you can pick three centre-halves and fill the rest of the team with seven attacking players? Remind us what position Crooks played again.

His inclusion of Harry Maguire is understandable – despite Manchester United having the worst defensive record in the top four – though his logic is somewhat bizarre.

‘Maguire is a tough cookie. You don’t play for United and England unless you’ve got something to offer.’

The ‘Did you know?’ fact of ‘Maguire made more clearances (122) and won more aerial duels (135) than any other United player in the Premier League this season’ might just be the most underwhelming reason for a team of the season inclusion we have ever read. Mediawatch cannot help but respond with ‘we should f***ing think so’.

Kevin De Bruyne is of course include, with Crooks saying: ‘De Bruyne must be the best player in the world at the moment. If he wins the Champions League, I will put a pound to a penny he wins the Ballon d’Or, which rather tells its own story.’

The story it tells is that Crooks has forgotten about Euro 2020.

Crooks reluctantly includes Mo Salah but cannot resist a dig, writing: ‘I’ve said repeatedly that Salah’s selfishness has had an effect on his team-mates, and none more so than Sadio Mane. The Senegal striker works tirelessly for the team and shares his opportunities. Salah tends to carve chances out for himself and clearly feels he has earned them.’

Pesky fact: Salah has taken significantly fewer shots and made significantly more passes this season compared to 2019/20. Maybe he should try being more selfish as that is how Liverpool won the Premier League.

God forbid
In the Daily Mail, the writers have picked their own teams of the season. Kudos to Merseyside correspondent Dominic King for remaining entirely on brand by refusing to pick any Manchester United players, leaving him with little option but to include Everton’s Ben Godfrey in a left-back position he has played a grand total of eight times this season.

Kissing cousins
Jamie Redknapp has been picking his own XI for Sky Sports and includes Mason Mount ahead of Bruno Fernandes:

‘In midfield, Mason Mount has been brilliant this season for both Frank Lampard and Thomas Tuchel. He’s so consistent – and gets in ahead of Bruno Fernandes, for me, as a lot of Fernandes’ goals have gone from penalties.’

Nice of him to give his cousin a mention. And nice of him to completely ignore that Fernandes has still scored nine non-penalty goals, which is – and our maths is sketchy here – slightly more than Mount’s six.

Capital stuff
Remember Friday’s Mediawatch? Of course you do. We recounted a month of to-ing and fro-ing via three different Sun journalists with three different exclusives about Brendan Rodgers and Tottenham.

On Monday, their back page tells us – with some finality – that ‘BRENDAN RODGERS is staying at Leicester despite suffering more Champions League heartache’.

Which will come as no great surprise to anybody paying attention at the back end of April when Rodgers said really quite unequivocally: “I’m very happy here. I have a huge respect here for the players, the board and I really feel that I want to continue my work here.”

Just deserves
On the inside pages, Graeme Bryce tells us that ‘Brendan Rodgers’ Foxes – who had spent 242 days in the Champions League qualifying spots right up until midweek – certainly did not get what they deserved’.

Hmmm. If only there was a method of working out exactly what a team ‘deserved’ at the end of a season. Like maybe a league table.

Kit’s embarrassing
Over on The Sun website, they are shamelessly choosing to ignore all logic and dignity with this story:

Hinteresting
But who or what are to believe when it comes to Harry Kane? Tottenham using new kit photos from a weeks-old photo shoot – long before Kane made it clear that he wants to leave Spurs – clearly hints that he is going to STAY. If he was likely to leave, they would have surely binned them.

That’s more hints than an episode of Catchphrase.

And what is this latest ‘hint’? Is it…

a) An image of her husband in a Manchester City shirt?

b) A link to a RightMove search for property in Manchester?

c) A picture of Kane, Dele Alli and Son hugging with a crying emoji?

Has Sadio Mane persuaded Mbappe to join Liverpool? Has he f***. So why is the transfer ‘a reality thanks to Sadio Mane’? Because he scored the goals to take Liverpool into the Champions League, of course. Duh.

‘And that means Mbappe to Liverpool, if Le Parisien‘s information is indeed correct, suddenly may just become possible even if the finances make a deal more improbable than probable.’

So it is now ‘improbable’ but also a ‘reality’?