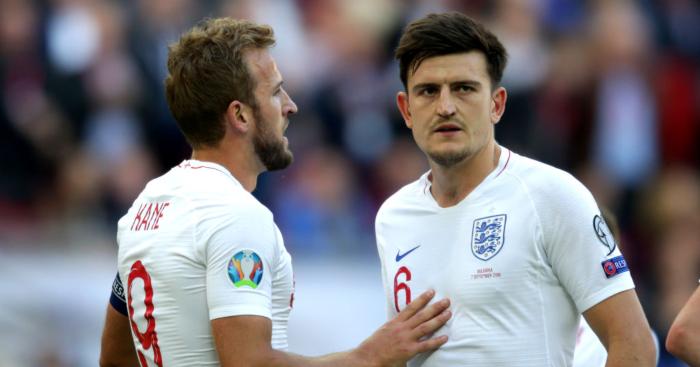 Can you feel the force?
The verb ‘to force’ means ‘to make someone do something against their will’. It implies threat, control and the utter absence of choice.

So when we see a Sun headline that says ‘Arsenal bid to FORCE players into taking coronavirus pay cut as stars insist they will only defer wages’, we sensibly conclude that Arsenal will give their players no choice (the capital letters are another clue that ‘FORCE’ is the important information here) and then we wonder how that tallies with their actual legal contracts.

‘ARSENAL hope to force their players into a climbdown over the coronavirus pay row.’

It transpires that Arsenal players have actually offered to defer wages but have turned down pay cuts.

‘Some Arsenal players agreed to the proposals but the majority stressed they will only consider a deferral.

‘However, the club are hoping that club executives taking a pay cut will force the players into an agreement.’

And presumably The Sun could not find a picture of PFA representative Hector Bellerin for the accompanying image so they have obviously picked an image of Mesut Ozil and Granit Xhaka entirely at random to illustrate their story of ‘Arsenal players at loggerheads’.

‘When Ole Gunnar Solskjaer said that Manchester United needed to be in position to exploit – his word – the uncertainty caused to the transfer market by football’s current hiatus, he was absolutely right.’

That’s how Ian Ladyman begins his Daily Mail column and Mediawatch is already on alert for that was not ‘his word’; it was Gary Neville’s word and he admitted he had made a mistake, explaining on Twitter: ‘Ole repeated the word I used in the question. The word shouldn’t have been used by me.’

‘Some didn’t like his choice of word but Solskjaer is the manager of a giant football club and is paid to spot and take advantage of opportunity.’

Well it wasn’t his choice of word. And that’s not really what he is paid to do; he is actually paid to coach footballers bought for him by his club. If you read the Daily Mail’s own guide to Manchester United’s transfer power brokers, there isn’t an awful lot of talk about Solskjaer.

‘With that in mind, it would be madness if they didn’t take a serious look at signing Harry Kane.’

Well they clearly are taking a serious look at signing Kane. There are reports of exactly that everywhere. Indeed, two days ago, MailOnline published a rather large feature explaining why signing the Tottenham striker would be difficult. We think it has been established that the richest club in England is interested in one of the Premier League’s most natural goalscorers.

Hmmm. Let’s take a look at his Premier League goal tally over the last six seasons:

That looks awfully like he peaked two seasons ago. You cannot just decide that every 26-year-old footballer is at their peak. If we tell you that Michael Owen was at Newcastle United at 26, would you still blithely claim that 26 is the peak age for every footballer?

‘United would have to spend an awful lot of money to get the deal done, even in these financially chastening times, and would have to make Kane their highest earner while they were at it.

‘None of this should be allowed to get in the way. United are a big club and it is time to act like one once more. They have spent heavily in recent years on players like Alexis Sanchez, Romelu Lukaku and Paul Pogba. Not all of those transfers were particularly well thought out. By contrast, it is hard to build any kind of case against a sustained pursuit of Kane.’

On the contrary. It’s really sodding easy. Kane has started just 47 of a possible 67 Premier League games over the last two seasons so you are talking about potentially a world-record £200m fee for a footballer who has missed approximately 30% of his club’s football since the 2018 World Cup.

Kane has scored 28 Premier League goals in those two seasons and yet a £200m move is somehow a no-brainer while the £75m signing of Lukaku (who had scored 43 top-flight goals in the two campaigns before his transfer) was ‘not particularly well thought out’? Which is odd because Ladyman himself called him a ‘proper centre-forward’ in 2017 when he signed.

‘United’s obligation now is to offer the England captain an alternative exciting enough and grand enough to properly turn his head. This is where the club have failed before.’

Not sure it’s turning Kane’s head that is the issue here. We think (and indeed the Mail themselves thought earlier in the week) that the £200m price tag is the issue.

‘Back in the more successful days of Sir Alex Ferguson, he and his chief executive David Gill became a little obsessed with value for money. It was a mantra that saw them lose out on players like Arjen Robben and Michael Ballack to Chelsea and, further back, the great Brazilian Ronaldinho to Barcelona.

‘On one of the occasions when United loosened the reins a little, they paid Robin van Persie handsomely to choose them ahead of Manchester City in the summer of 2012 and it was a transfer that pretty much won them the Premier League title.’

Yes, though it won them the title with a points total that would have seen them finish in third last season. Times have changed somewhat.

Oh and Van Persie – who had refused to sign a new Arsenal contract and did not come through their youth system or support them as a child – cost just £22m, which is a bloody long way short of £200m.

‘That was a perfect example of what a centre forward can do to a team. Van Persie was only good for one season. He seemed to lose interest when David Moyes replaced Ferguson a year after he arrived. But he was the difference between United and City when it mattered.

‘Kane’s influence would have to be more prolonged but there is no reason to think it wouldn’t be.’

Apart from the injury problems leading to reduced goal tallies, of course.

Just merrily acting as though Kane is a guaranteed 25-goal-a-season man is plain weird.

‘In terms of the transfer fee, it’s time for United to be bold and trust their judgment.

‘Harry Maguire cost the club £80m last summer and Fernandes’ fee was north of £60m when he arrived in the new year. Both deals felt top heavy at the time but they don’t any more. That is often what happens when you sign good players.’

Both those fees did feel ‘top heavy’ but they were not a world-record fee for a player whose sell-on value will diminish the second he is driven out of the showroom. But of course Ladyman does not mention a fee; his whole premise is that Manchester United are a big club, Harry Kane is a big player and the two big things should be united in their bigness.

‘For Kane, the crossroads of his career is approaching and in some ways he cannot lose. He already plays for a very good football club.

‘But his state of mind is not for United to fret about. They must test the water and indeed seek to ‘exploit’ the advantage they may hold once football’s wheels start to turn again the other side of this coronavirus pandemic. United must test Tottenham’s resolve to hold on to their best player.

‘If there is a convincing argument to the contrary, I would like to hear it.’

Should they test Tottenham’s resolve? Yes.

Will Tottenham sell him cheaply? No.

Will Tottenham sell him at all to a direct rival? Probably not.

Should United spend a world-record fee on a player who has become increasingly injury-prone? Absolutely bloody not.

The big question
‘BRACE yourself.

‘Have you ever wondered what Cristiano Ronaldo, Lionel Messi, Harry Kane or even Franck Ribery would look like if they were women?’

No. Because we are comfortable enough with our sexuality to admit to finding men attractive without using apps to justify our lust.

It only takes a camera to change her mind
The Sun really are excelling themselves with their football features that are not really about football but are an excuse to look at women and cars or the ripped bodies of men (but with the faces of women) and cars.

As Newcastle United are the subject of a takeover by a Saudi Arabia-backed consortium led by a multi-millionaire businesswoman, they have their angle.

‘Meet’ or just read a re-write of her Wikipedia page massaged to make it look like the most important aspect of her 47 years on this earth were a) modelling and b) a relationship she had with a man.

It also implies that marrying Prince Andrew/making millions to buy Newcastle thing was an either/or situation.

The word ‘model’ appears five times on the page. Let’s go through them all to see exactly how crucial this information might be to her life story…

1) The headline, in which the word ‘ex-model’ appears way, way before the word ‘Newcastle’ and instead of the word ‘businesswoman’.

2) The caption on a picture of Staveley which appears after just two paragraphs of copy in which she is referred to as ‘businesswoman and former model’. This is clearly very important.

3) ‘And before she made her foray into the football world, Amanda was courted by ‘Randy Andy’ Prince Andrew. However, two years later the former blonde model, who stands 6ft tall in heels, turned down his hand in marriage because she didn’t want to become a Royal.’

We still have seen no explanation or evidence of this modelling career but we do at least now know about a relationship she had almost 20 years ago. Oh and she is still blonde.

4) “The Barclays guys were always shocked that I could do complicated financial models in my head. I thought I was just good with numbers – it turns out I was sick.”

This seems more interesting. Tell us more about this…

5) ‘But, despite her long hours, it didn’t deter her from studying for her City exams with ambitions to become a financial adviser, as well as fulfilling modelling duties for extra cash.’

And that, ladies and gentlemen made to look like ladies, is the sum total of her modelling work. Well over 20 years ago, when she was running a restaurant as well as somehow studying to become a financial advisor, she ‘fulfilled modelling duties for extra cash’.

And that, if you are The Sun, makes you primarily an ‘ex-model’. Until the day you die.

Tears on my pillow…
Spare a thought for Daily Mirror man John Cross, working his balls to the bone to come up with exclusive after exclusive from the corridors of football power as he manfully battles to save all of the newspapers by himself.

And then he checks on his own newspaper’s website to find the ‘MOST READ’ story in football is this:

When was he in tears? January.

Was he talking about Manchester United? Was he balls.

Does Jake Polden give a single sh*te? Does he f***.