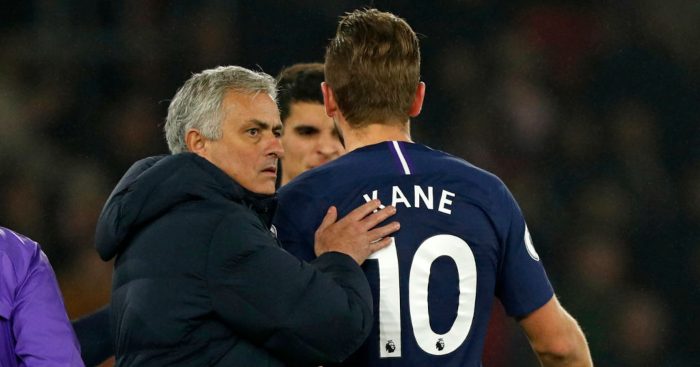 Nobody could really blame Harry Kane if he has lost patience with Spurs and wants that big-money move to a club that occasionally wins things.

He is 26 now, 27 by the start of next season, and the longer he stays at an increasingly dysfunctional Spurs the longer he risks a career defined by being bantered off in lists like this.

Things at Spurs have changed dramatically since he signed a six-year contract in 2018. But that’s one of the problems: he signed a six-year contract in 2018. Maths fans will already realise that means it still has four years left to run. A second problem is that he has now endured back-to-back seasons significantly curtailed by injury since signing that contract. A third is that Kane’s affection for Spurs runs deep; it is hard to picture him ‘downing tools’ or otherwise aggressively agitating for a move.

And those three problems all feed in to Kane’s biggest obstacle: Daniel Levy.

Now Levy is a man whose legendary desire to squeeze every last drop of value out of every purchase and sale has led to at least as many losses as wins. But with Kane, for now, Levy is the man holding the cards. It is at least two years until Levy has to even start worrying about Kane’s contract situation.

This summer, Levy will quite rightly hold out for a truly ludicrous fee for Kane. We’re probably talking £150m just as a starting point, with an added premium should any other Premier League clubs (Manchester United) fancy getting involved.

And that’s a huge issue for the current iteration of Harry Kane. Even before his latest injury he was demonstrably not quite the extraordinary world-leading striker who penned that bumper contract having just scored 30 Premier League goals in a season and not just broken but invented a record for most goals in a calendar year. His brilliance has undoubtedly dulled, albeit from such a very high sheen that across these last two tumultuous, disappointing and injury-plagued seasons he has still scored 39 Premier League and Champions League goals in 68 games plus another 19 in 21 for England since the start of a World Cup where he won the Golden Boot (WHEN’S THE PARADE?!).

Kane is still Tottenham’s best player and remains one of the world’s very, very best at what he does. But having watched Christian Eriksen and Danny Rose bungle their Tottenham departures, he must fear he may have already done the same.

By the end, and for differing reasons, both Eriksen and Rose accepted moves that would not have been their first choice just to finally get away from the place.

Kane is not in that situation; he definitely isn’t leaving for Newcastle, one of the very few clubs to win trophies even less frequently than Tottenham, and probably isn’t off to Inter either. Factor everything in and, even without the injury cloud, the list of viable destinations for Kane is relatively small. Probably as small as a couple in Spain, one in Italy and one in Germany. At a push, we might now also include one in France.

Will any of them be interested in Kane at the price Levy will demand, until and unless presented with proof that he can once more get through a whole season unscathed? Would even a stellar return at the Euros really tell those clubs anything they don’t already know?

Right now, it feels like stalemate. Kane’s admirable loyalty, lengthy contract, failing body and bloody-minded chairman place him in a straitjacket. It’s hard to see any way out of it this summer.