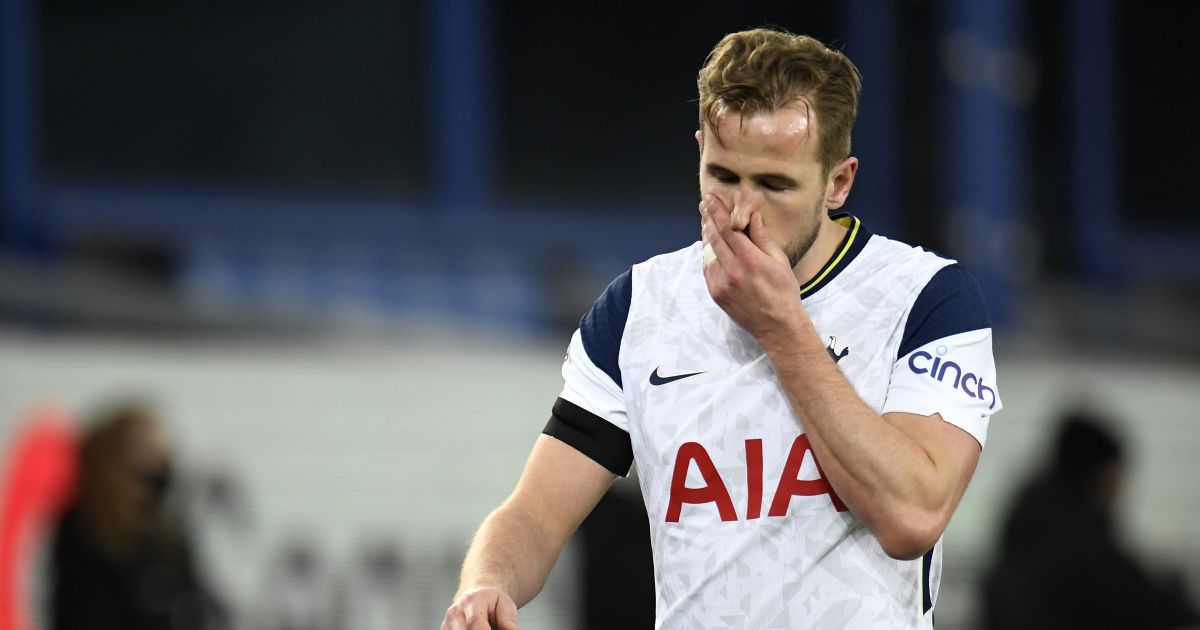 There is a very simple way for Harry Kane to get the quick, pain-free exit from Spurs to a better Premier League club that he quite understandably now desires.

All he has to do is hop in a time machine and travel back to 2018 when he signed a six-year contract for Daniel Actual Levy.

Now there were reasons why he giddily and foolishly signed the thing back then. Mauricio Pochettino, the big dafty, had just signed a new five-year contract himself having apparently swallowed promises about future investment in the team even as the new stadium build lurched from delay to costly delay. That those promises turned out to be bullwater was entirely predictable, but if the manager he so loved and respected could be convinced then Kane following suit made some sense.

But he still needlessly Zaha’d himself. The way we’ve arrived at the current position may have been unexpectedly circuitous and surprising, but it’s still a scenario that should not have seemed all that far-fetched even in 2018: that three years later Poch would be gone, Spurs and Kane would still have no trophies and the club would have gone dramatically backwards. Even in 2018 the trend was downwards from the unrewarded magnificence of the 2017 side.

Yet Kane handcuffed himself for a nice pay rise and gave Levy the keys.

There is nothing to criticise in Kane’s desire to leave Spurs as they currently stand, beyond the timing of this leak ahead of two crucial matches. Plenty of Spurs fans would probably quite like to leave as well.

But the simple truth that many still seem to ignore is that Kane wanting to leave doesn’t yet really matter all that much. Spurs are such a state that Kane’s desire to leave could almost be taken as read. It would be strange if he didn’t want to go off to a less silly football club somewhere else and actually win some stuff.

He has not and cannot ‘demand’ a transfer, though. Such a move is not in his gift and absolutely everything we know about Levy tells us that nothing about what is about to happen will occur quickly or painlessly for anyone. This will drag on to the annoyance of all except a media desperate for clicks. Remember the Jadon Sancho saga last year? Arse-achingly interminably dull, wasn’t it? The Summer of Kane will have you longing for the simple joys of the Sancho saga.

Levy has never been under greater pressure in his 20 years at Spurs than he is right now. The Mourinho Experiment was always going to be Levy’s to own for better or worse and it turned out to be worse than even the grimmest of forecasts. The European Super League fiasco has further enraged a febrile and increasingly impatient supporter base, with Levy’s ongoing ‘fine, we won’t do it but you’re stupid and it would be good actually’ stance not helping his cause.

With the Mourinho disaster having already been compounded by the floundering and flailing attempts at landing a successor, Levy is feeling it.

You could argue that this means his position has never been weaker and might make him more vulnerable when it comes to Kane’s future. In all likelihood, the opposite is true. A man who has made it his signature move to never again give in to a player’s demands has never been in greater need of a ‘win’ than he is right now.

Whatever you think of Levy, on this point he is consistent and in a battle of wills with Kane he still holds the whip hand for now. Whatever massively valid criticisms can be thrown Levy’s way, none can be forthcoming for how we know he’ll handle this over the summer. Kane signed that contract and he knew the chairman he was signing for when he did so.

If the England captain does get his move this summer, it will be on Levy’s terms not Kane’s.

People still insist that contracts are meaningless and that players have all the power, and once they want to leave then that’s that. But it simply isn’t true, and especially so with Levy. Luka Modric is not a Chelsea legend and Toby Alderweireld does not play for Manchester United.

Since Dimitar Berbatov’s move to Old Trafford in 2008, it’s hard to think of a single Tottenham player who has moved to another Premier League club on anything other than Levy’s terms. Certainly not a player with three years left on his contract. Levy dug his heels in over Modric, Alderweireld, Christian Eriksen and even Dele Alli.

Kyle Walker’s £50m move to Manchester City was ultimately more destabilising to Spurs than many expected, but at the time it was quite understandably seen as a deal that suited all parties.

That is the reality of Kane’s current position. If he wants to join another Premier League club, it is not going to be sorted swiftly unless City or someone else comes up with the figure Levy wants. The giddily foolish contract Kane signed in 2018 still holds more importance than whatever his current desires may be.

The chances are Kane will have to wait another year. Only then will the contract situation tilt in his favour. Even then, a swift resolution is unlikely. But this summer, Levy and Spurs have no need and obviously no desire to compromise on their valuation of a player as close to irreplaceable as you could find.

Selling Kane would not really allow Spurs to embark on a much-needed squad rebuild because they’d need to buy three players just to replace Kane’s contribution before even getting started. Talk of which players Spurs might want in possible part-exchange is understandable but also pretty futile while the club is without a manager (another genius tactic there from the master negotiator Levy, he is 4D-chessing us all here).