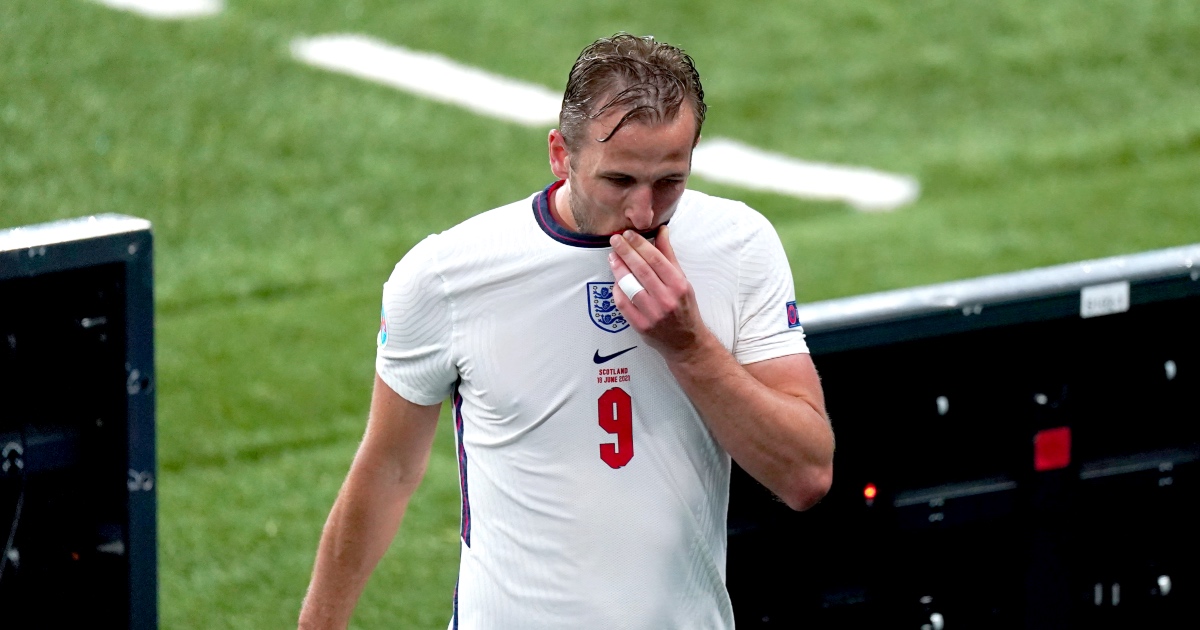 Gary Neville believes Harry Kane is still ‘undroppable’ despite poor performances as there is no adequate back-up option.

Kane has yet to score at Euro 2020 after an disappointing first two games in which he was hooked off the pitch before the end of the 90 minutes on both occasions.

The England captain has been subject to speculation around keeping his starting spot ahead of an important game against Czech Republic on Tuesday.

Neville has made his opinion clear on the Tottenham star’s position though in an interview with Sky Sports.

The former England right-back has said that you cannot drop Kane in this current squad, but believes if there was a back-up striker of a similar quality then it would be something to be considered.

He said: “I said last week I felt he was undroppable and I still maintain that.

“I think that if Harry Kane had someone behind him who was even close to him that could go into the team, then you’d say maybe you could look at a change. But you wouldn’t change Kane quickly, or easily for that matter.”

Gareth Southgate has the option to start Dominic Calvert-Lewin, but Kane registered 21 more goals and assists than the Everton striker last season in the Premier League.

Neville spoke about Kane’s quality in front of goal and tipped him to be an England legend in the future, but believes he is going to struggle to score in the Euros if England keep playing the way they did against Scotland.

He said: “I think he’ll break all England’s records. You don’t just drop your captain and your main goalscorer after two matches. But I think the energy, urgency and intensity in England’s performance has got to improve for Kane to do well in this tournament.

“In the first game, we felt that was a controlled performance and everyone was really happy with that. But against Scotland, it was a massive drop off. I don’t care who you are – as a centre-forward, you would have struggled in that game.”

England can finish top of Group D with three points against the Czech’s on Tuesday night and Southgate has shown faith in his captain after he confirmed Kane will be starting at Wembley.