Harry Maguire does not want to "hide" or be taken 'out of the oven'. He wants to face Newcastle. 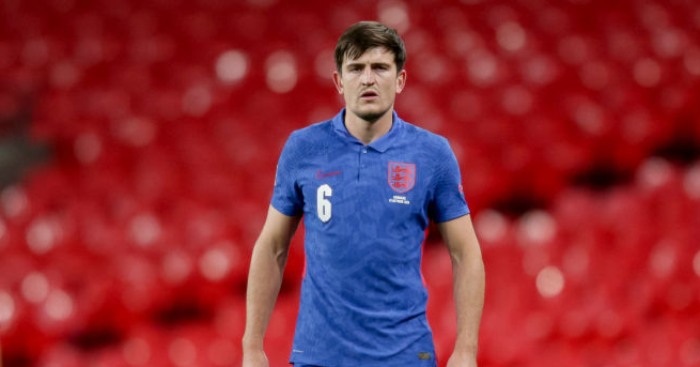 Ole Gunnar Solskjaer has no doubt Harry Maguire will “bounce back” from his England nightmare, but revealed injury could prevent Manchester United’s captain from responding to that latest setback at Newcastle.

After a well-documented Greek court case and truncated pre-season, the most expensive defender in history has endured a torrid start to the 2020-21 campaign.

Maguire was under sharp focus after his miserable performance in United’s 6-1 home embarrassment to Tottenham, with the scrutiny ratcheting up on Wednesday after he was sent off for England in just the 31st minute.

Just three days after putting in a solid display in the comeback win against Belgium, the 27-year-old received his marching orders for two rash challenges in the first half of a match that ended in a 1-0 defeat to Denmark.

Gareth Southgate and Harry Kane threw their support behind Maguire after the Nations League loss, with Solskjaer similarly supportive and hoping the defender can overcome a knock to feature at St James’ Park.

Let’s face it, Maguire might need a break but Manchester United cannot afford to give him one.

“We’re all different individuals and we all deal with different things differently,” he said.

“I’m not sure how you deal with criticism? I’m always the one that wants to bounce back and prove myself.

“What you do with individuals is, you speak to them and you sit down and look them in the eye and see where we do we go from here.

“Harry is a leader, he’s a captain for us, and it is still early on in the season.

“He missed the first internationals, he’s not had the pre-season he had last season, I’m sure he’ll bounce back, he’s got great resilience and great personality.

“For me, I just hope he can play tomorrow because he picked up that knock just before the red card. I’m not sure if he’s going to be available yet, we’ve got training (first).”

Maguire’s absence might be a blessing in disguise in the opinion of United great Rio Ferdinand, who says the defender could benefit from being “taken out of the oven” and given a rest to regain his form.

“I don’t doubt his resilience in that respect he’s very professional so he wants to put himself ready for selection and then it’s up to me to choose him or not and if I want to take him out the firing line.

“I haven’t considered that without him coming to knock on my door. I speak to him regularly and he’s been very positive in his communication.”

Maguire is not the only one under scrutiny following the bruising 6-1 shellacking at home to Spurs, with Solskjaer’s position in the spotlight.

“The spotlight should be on me because I’m the manager and I’m responsible,” the United boss said. “I hold my hand up that you do have the spotlight on me.

“Last season was also hard, we played nine games and won two of the first nine games which was difficult.

“But, if you are part of Man United as player or staff you’re used to this and you have to be mentally strong and for me this period is another chance to prove and tell the players how much we believe in them.

“It’s about being focused for the next game because I know they’re capable of getting results and moving up the table.”

There had been reports of a half-time row between Solskjaer and Bruno Fernandes against Tottenham, but that has been widely dismissed and the manager says the midfielder accepted his decision to take him off “no problem”.

On the reaction to the Spurs defeat, Solskjaer said: “It’s one of those things that you have to get over as soon as you can and move on. We know any little chance from outside… you want to create a division.

“I think Bruno spoke really well the other day about how we are united, we have to stay together. We can’t listen to everyone outside. We’ve got to just get on with it.

“Bruno’s now lost two league games since he came to the club and he came in February, but it’s been two in quick succession.

“So, he’s not used to losing league games for us but now, Bruno, welcome to Man United – this is what happens when you lost a couple, they’re going to try to create a division between us.

“But that’s not going to happen because this group is a group that wants to work hard together, stick together.”