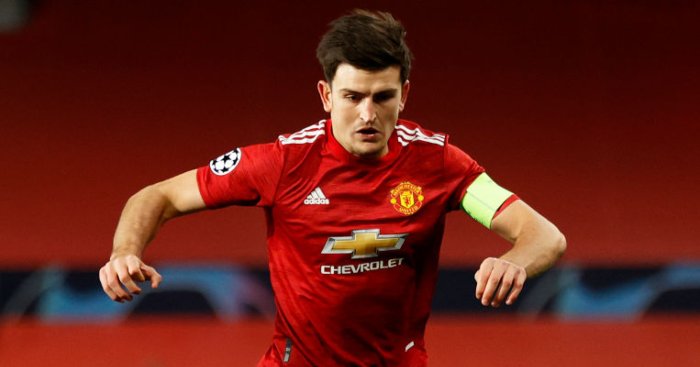 Harry Maguire admits there was an air of crisis around Old Trafford following the devastating defeat to Tottenham, but the Man Utd captain is certain things are now back on track.

Ole Gunnar Solskjaer’s side were under immense scrutiny during the October internationals in the wake of their shock 6-1 defeat at the hands of Jose Mourinho’s Spurs.

But players kicked on rather than wilted, with Man Utd hitting the ground upon their return to action by winning at Newcastle before Marcus Rashford sealed victory at last season’s Champions League finalists Paris St Germain.

A week on from that triumph in Paris – and days after drawing 0-0 with Chelsea – the 22-year-old again starred, grabbing his first senior hat-trick as RB Leipzig were stunned 5-0 at an empty Old Trafford.

“After Tottenham, we were all devastated,”Man Utd captain Maguire said. “We were three games into the season but it felt like we were in a big crisis.

“The first three games we were conceding far too many chances, so as a defensive unit, having kept the most clean sheets in Europe last year, we knew we had to improve, we had to be more solid.

“We’ve worked hard on the training ground and I think since the international break we have gone back to not conceding chances like we wasn’t last year – we were a solid unit and we played from a solid base.

“It has been really important – as a defender especially – to make sure that we give the front lads every opportunity to go and win the game.

“They score one, two, three goals, it should end up in a win and we’re doing that at the moment.

“It’s a start. It’s still early on this season. It is going to be a long journey but we’ve got to improve. We know that and we are doing so at the minute, but a long way to go.”

Man Utd have certainly ended the month in a way few could have foreseen when Jose Mourinho’s men ran amok at Old Trafford on October 4.

Similarly, nobody would have predicted the 5-0 thumping of last season’s Champions League semi-finalists Leipzig, especially with Solskjaer’s side only a goal up when Rashford came off the bench.

“Marcus has been brilliant,” Maguire said of the hat-trick hero on a night when Mason Greenwood and Anthony Martial also scored.

“Obviously the manager has put him on the bench tonight, maybe a little rest and it’s worked wonders in the end.

“Obviously bringing him on when you’re up against it as a defender, you’ve got Anto to deal with throughout the night and then you see Marcus lined up to come on.

“It must be a defender’s nightmare for them and he’s come on and he’s made a big impact in the game and he’s thoroughly deserved his three goals.”

Wednesday was also a particularly-memorable night for Champions League debutant Maguire, who admits he would never have dreamt of playing on this stage five years ago, never mind leading United out at Old Trafford.

But the 27-year-old is not content to just be part of Europe’s elite – “We want be successful in the knockout stages, that’s the standards and expectations we have set,” he said – and is looking to end this frantic period with more positive results.

“It is going to be a strange season, where games are coming every three, four days and it’s really important that you rest, recover,” Maguire told MUTV as United prepare for matches against Arsenal and Everton either side of the trip to Istanbul Basaksehir.

“It’s nice obviously for the gaffer to have such great squad depth to choose from.

“You’ve seen tonight he’s made five changes and it hasn’t altered us.

“Credit to the boys and the boys who haven’t been playing, keeping themselves fit and fresh and working hard day in, day out in training because it’s a group effort.

“We are going to need everyone this year if we want to be successful and win games. It is really important.”