Home All The News Maguire ‘looking to get one back’ on Kane, Tottenham 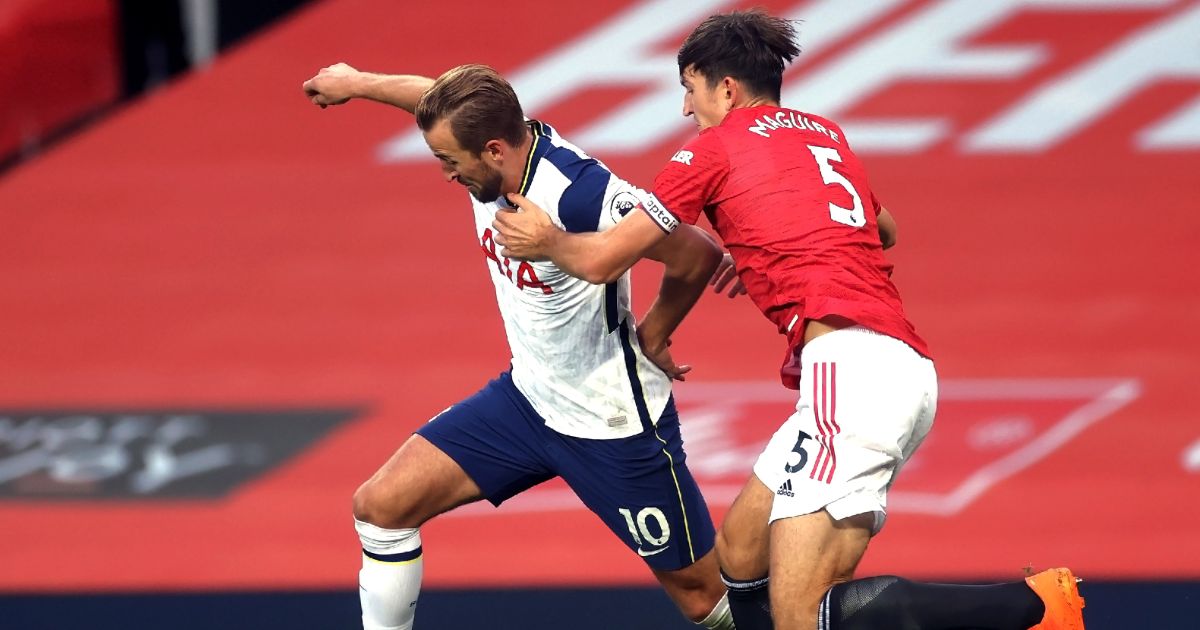 Harry Maguire is “ready for battle” with England team-mate Harry Kane as Manchester United look to exact revenge on Tottenham.

United have 60 points to their name and on Sunday head to sixth-placed Spurs, who only have 49 points after a stuttering second half of the campaign under Jose Mourinho.

MAILBOX: TAA can defend, Man Utd are ‘a total mystery’ and ‘garbage’ Liverpool

It is quite the turnaround in fortunes from October, when the former United boss led Tottenham to a remarkable 6-1 win against the 10-man hosts at Old Trafford.

“It’s a great game to be involved in,” United captain Maguire said ahead of Sunday’s clash in north London.

“Really pleased that we’re going into it on the back of three points against Brighton (last weekend). Take that little bit of momentum into the game.

“It’s always a tough game after the international break and I always feel like the points are the big thing – you don’t really look at the performance.

“Spurs is going to be a big one. It’s one that we’re looking forward to. We had a bad result against them at Old Trafford this season, so we’ll be looking to get one back.”

Maguire believes United “have more than enough to go there and get the three points”, although he knows better than most the threat posed by Kane.

The 27-year-old is top of the Premier League’s scoring charts with 19 goals and has provided a league-high 13 assists, including scoring two and providing another in October’s 6-1 mauling.

“I want to play in the biggest games possible against the best players – that’s why I joined this club,” Maguire said.

“Harry is one of those (players). I know him from England really well. He’s a top striker, one of the best in the world and he does it season after season, scores goals after goals.

“It’s not just individuals, it’s a team effort. As a defensive unit we’ve got to be strong, go there and get a clean sheet and give the team the best opportunity to win the game.”

United head into the match off the back of Thursday’s 2-0 win at Granada, which put them in the driving seat of their Europa League quarter-final ahead of this week’s return fixture.

Maguire is suspended for the second leg at Old Trafford but that is unlikely to hamper progress to the semi-finals of a competition that offers them the chance to finish off a promising season with silverware.

“I think the improvement will be shown from this year to last year,” he told MUTV.

“That was the main aim: to improve on last year. We need to beat the points tally and if we finish above third then obviously that’s even better.

“At this club, we want to be winning the Premier League, but we also know that we’ve got a lot of improvement to be made to enable that.

“That’s what we’re striving to do. We need to kick on for the remaining games. I’m definitely excited. It’s a major part of the season and it’s where you make the memories and the big moments whether it’s in the cup or the league.

“I’m pretty sure when you look back on your career and you look at the (big) games, the majority of them come at the end of the season.”