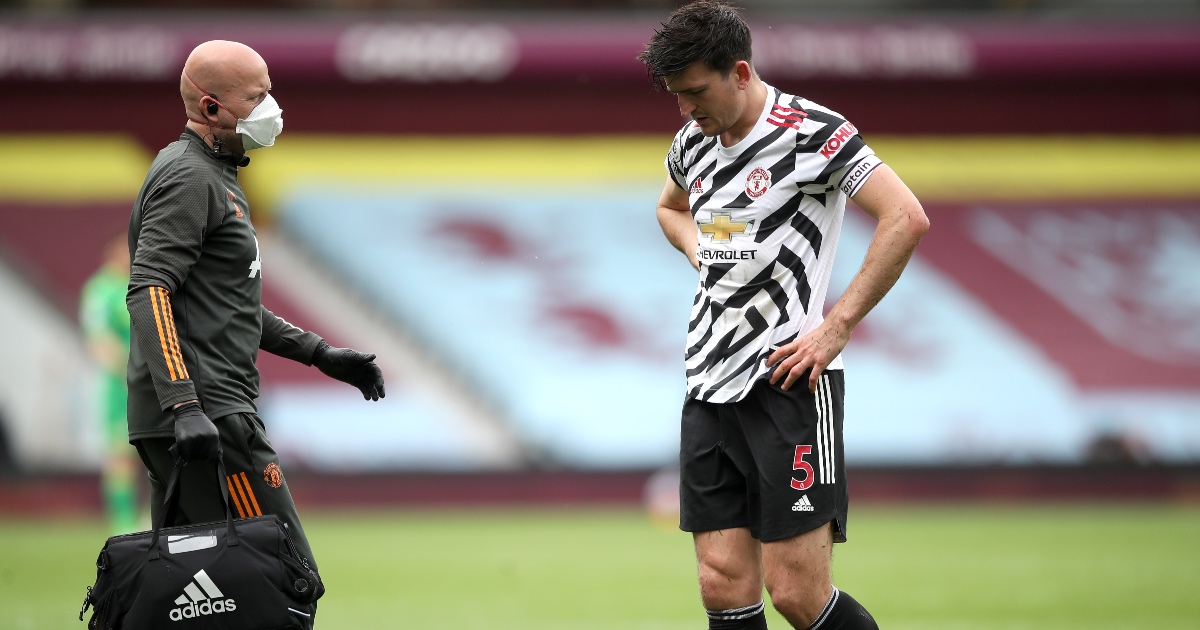 The centre-back has been an integral part of the Man Utd team in the past few seasons, with the clash against Leicester being his first league game on the bench in two years.

Maguire was on the verge of becoming the first outfield player to complete 72 consecutive Premier League matches for Man Utd before he was forced off late against Villa.

Speaking about Maguire ahead of the Leicester game, Solskjaer told MUTV: “Obviously we’ve had scans and the good news is there’s no fracture.

“(There is) ligament damage and hopefully we’ll see him again this season. Hopefully ready for the final.”

The player now faces a race to be fit for the Europa League final on May 26. The Red Devils will play Unai Emery’s Villarreal, who toppled Arsenal in the semi-final with a 2-1 aggregate victory.

Maguire being fully fit would be a huge boost for Solskjaer ahead of the final. He’s looked solid alongside Victor Lindelof this campaign, helping the team to have the third best defensive record in the division.

Eric Bailly partnered Axel Tuanzebe against the Foxes on Tuesday evening, although they conceded an early goal thanks to Leicester youngster Luke Thomas.

Solskjaer would rather go for his favoured Maguire-Lindelof partnership in the final as they have a better chance of keeping Villarreal’s forwards at bay.

Solskjaer is joined by England boss Gareth Southgate in the agonising wait on Maguire’s fitness.

He will name his Three Lions squad for the European Championship on May 25, giving Maguire two weeks to determine his presence at the tournament.

If the defender misses out then Southgate will likely have to use an extra player in his squad.

He’s allowed 26, rather than the standard 23, due to the hectic season that teams across Europe have had to endure.

John Stones has been solid next to Ruben Dias at Manchester City and is an almost certain starter.

Mings’ partner at Villa Park, Ezri Konsa, is another option given his impressive campaign.