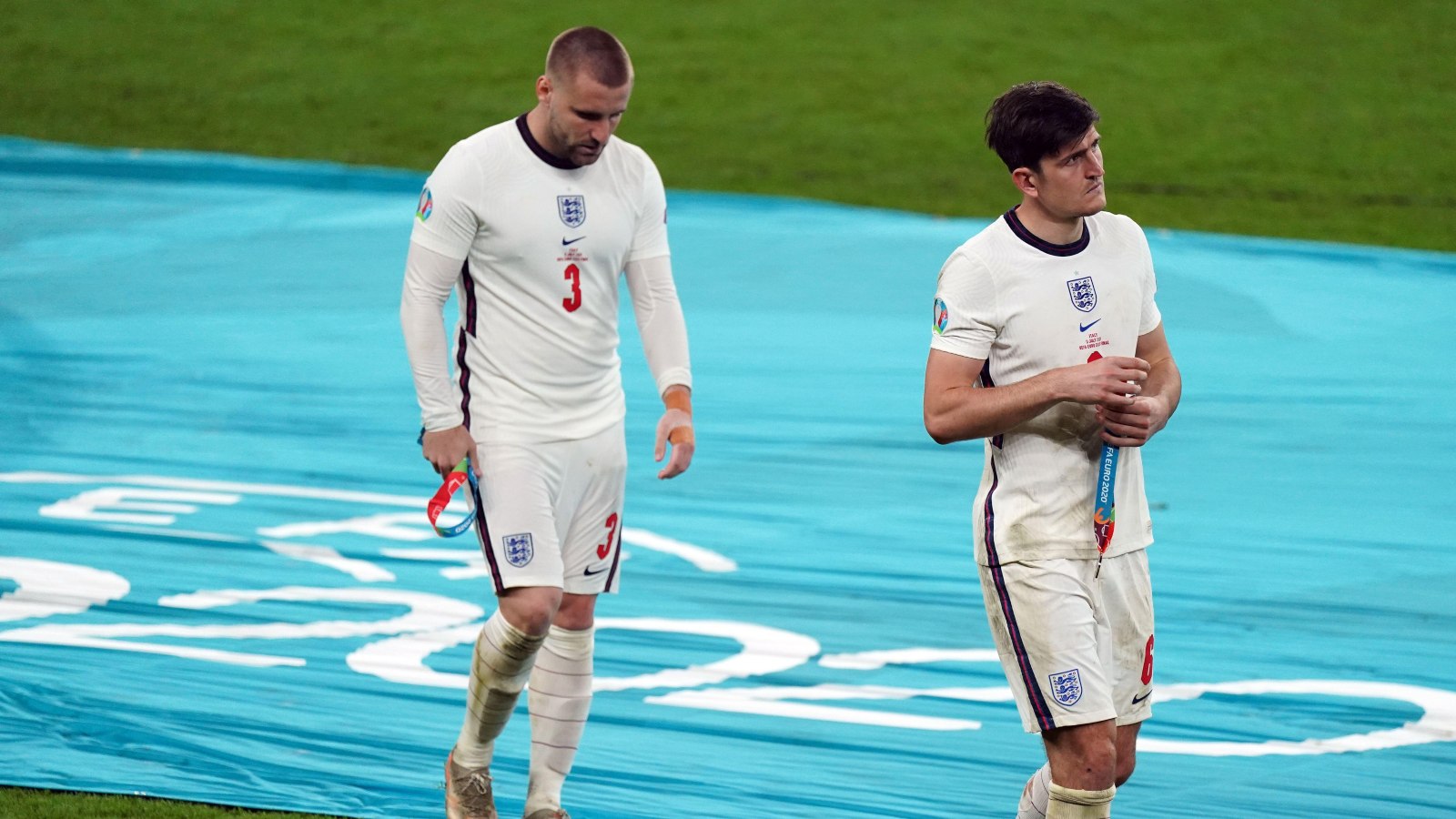 Luke Shaw believes Harry Maguire has suffered more abuse than anyone he has come across in football – but insists England fans need to accept he is a major part of the team.

Maguire endured another difficult night after making two mistakes as England prepared for the World Cup with a thrilling 3-3 Nations League draw at home to Germany.

The Manchester United captain’s name was greeted with a mixed reception as it was read out before kick-off and, despite a positive chant breaking out in the first half, he would ultimately have an evening to forget.

He conceded a penalty with a clumsy challenge on Jamal Musiala before being robbed of possession as Kai Havertz doubled the lead for the visitors.

England would rally, Shaw pulling a goal back before a fine Mason Mount strike and a Harry Kane penalty turned the game around – only for Havertz to pounce on a Nick Pope error to level.

Maguire has not started United’s last four Premier League games, dropping out of the side along with Shaw after Erik ten Hag’s tenure began with defeats to Brighton and Brentford, but England boss Gareth Southgate continues to keep faith heading to Qatar.

“I will be honest, it is a tough period at the moment,” Shaw replied when asked by BBC Football Daily about his United team-mate.

“Of course Harry is an amazing player, an amazing character. He has taken a lot of stick, probably more than I have ever seen before in football but he never hides away, he is always there.

“You can have people that can hide away and not want to be in the spotlight but he keeps putting himself in the spotlight and it shows the strength and character he has got because, come on, everyone knows that he is an unbelievable player.

“At the moment the confidence might not be there because it might feel like the whole world is against him, it is tough for him but us as players, staff we are all behind him because he is a very important player and it shows Gareth’s trust that he has played in both games.

“Look at the Euros and what he has done, people need to understand he is a big part of the England team and they have to accept it.”

Shaw’s own absence from the United team has not impacted on his international form as he put in a stellar performance against the Germans, grabbing his third England goal along the way.

“I think it shows the trust Gareth has in me,” he said of keeping his England place despite not playing regularly for his club.

“I look at it from a club perspective, I know the first two games weren’t good enough and fully understand the manager has to make decisions.

“Now the team has been winning and we’ve got to bide our time, the only thing I can do is keep supporting the team, keep training hard and just wait for my time because I think if I put my head down and not care it would be a bigger hill to climb when I want to play.”