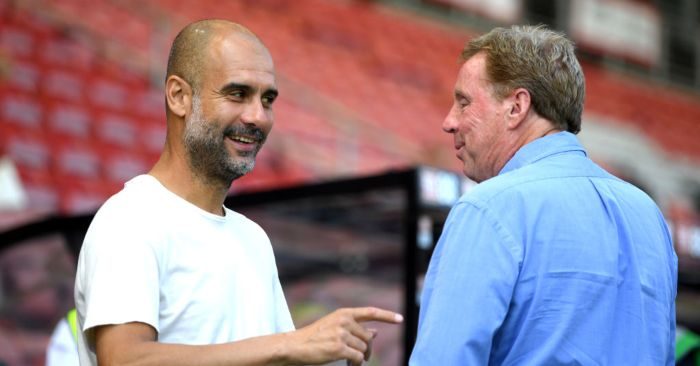 Jurgen Klopp’s Champions League holders already have an eight-point lead over Manchester City as they look to end their three-decade wait for a domestic league title.

Redknapp is in no doubt where the trophy will be heading.

He told Mirror Sport: ” Liverpool (will be champions). Give them the trophy now. Absolutely, I’m so sure they will win it now. They are eight points clear and playing well.

“If Manchester City were playing great then maybe not – but they have lost two games. They have lost to Wolves at home which everyone thought was an absolute certainty and they got beat at Norwich. Norwich recently got beat 5-1 by Aston Villa at home.

“So they have lost two games that they usually wouldn’t. They haven’t even played the tough games yet, they have got them to come. I can’t see Man City doing it this year.”

Redknapp believes Guardiola will prioritise the Champions League after their poor start in the Premier League.

“I think if they are going to win anything this year, it will be the Champions League,” Redknapp added.