A move for Thiago may depend on a Liverpool squad trim, and four names have been cited. 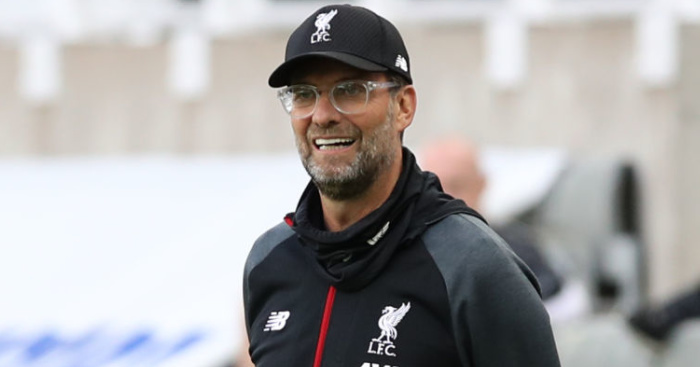 Jurgen Klopp has been told he must first trim his Liverpool squad if he is to be afforded the funds to pursue a move for Thiago Alcantara, according to a report.

The Reds will enter next season as English champions for the first time in 30 years.

But despite marching to the title with an 18-point margin of victory, several areas of Klopp’s squad could yet be addressed.

Depth at left-back has been absent since Alberto Moreno’s departure, with James Milner’s admirable attempts to cover the position hampering the fluency of their left-sided attacks.

Norwich youngster Jamal Lewis has been identified as an option, though that potential move has only materialised after funds were freed up following Dejan Lovren’s exit.

And it is that approach of selling before buying that has been relayed to Klopp from the Liverpool hierarchy, according to The Mirror.

The outlet (who cite German publication Kicker), state that owners FSG have ‘informed Klopp he needs to offload’ multiple members of his squad ‘before he can think about moving for Thiago.‘

The Spaniard, 29, has been heavily linked with a switch to Anfield, and current Bayern boss Hansi Flick recently intimated that an exit to England could be on the cards.

He told Sport1 (via The Mirror): “I can understand when a player thinks about a move.

“Thiago played in Spain for Barcelona and in the Bundesliga for Bayern. If maybe he wants to play in the Premier League now, I totally understand.

“That’s why I would like to have him as a coach on the team for the next few years, but that’s life. It would go on.”

A Thiago approach could only come if a current Reds star with value departed, and The Mirror believe Harry Wilson could be that man.

The 23-year-old has made just one senior appearance for the club, but has impressed on loan spells with Derby and Bournemouth.

They state no fewer than four Premier League clubs are chasing his signature, with Southampton, Leeds, Newcastle and Aston Villa all registering interest in the £20m-rated winger.

Wilson’s exit would provide almost the entirety of the funds needed to acquire Thiago (valued at £27m), while the potential exits of Marko Grujic, Loris Karius and Xherdan Shaqiri are also speculated.