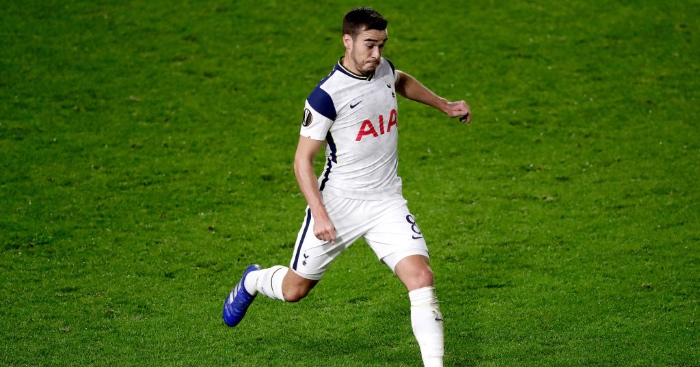 Everton have been linked with a move for Tottenham midfielder Harry Winks during the player’s search for regular game time.

The Englishman is behind teammates Tanguy Ndombele and Pierre-Emile Hojbjerg in the pecking order.

He failed to even make the bench for Spurs’ recent victory over Man City at home.

Speaking to Football Insider, he said: “I have always been a big fan of Harry Winks. I like the way he plays football. He is never afraid to get on the ball.

“If he was made available I think there would be many teams queuing up to take Harry Winks.

“Someone like Everton could be good. If they were not to get hold of Isco perhaps Winks could play there.

“I sympathise with him. He never lets the team down when he plays and credit to him, he wants to play football.

“It will be interesting to see if he gets the opportunity to go somewhere.”

Winks has been open about his recent struggles at Spurs.

He’s made four Premier League appearances so far and has failed to become a regular under boss Jose Mourinho.

Speaking about his experiences, the 24-year-old said: “Definitely, my situation at Tottenham is difficult at the moment.

It looks like the midfielder may have to negotiate a move if he wants to start for England next summer.