Home All The News Hart: Bale-Tottenham was ‘always going to be a project’ 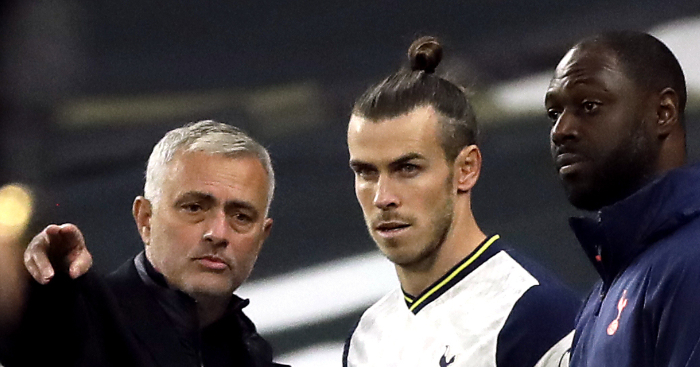 Joe Hart has suggested that Gareth Bale was never going to hit the ground running for Tottenham Hotspur right away this season.

The Welshman rejoined Spurs this summer on loan from Real Madrid. He missed the first few games of the season through injury. But he made his second debut for the club off the bench against West Ham in October.

Bale has only managed to make one start in the Premier League so far this season. Most of his appearances have come in cup competitions and in Europe. He started in all six of their Europa League group stage games.

Overall, the forward has four goals from his 13 outings for Spurs this season. He played the full 90 minutes for the first time this campaign in the FA Cup against Wycombe on Monday.

Spurs went a goal behind in the 25th-minute before Bale equalised just before the break. Jose Mourinho’s side netted three late goals to win the tie 4-1.

In an interview cited by Football London, Hart insisted that Bale is making a big impact behind the scenes:

“We always knew it was going to be a project with him and he fully understands that.

“He’s here to help the team win and he’s demonstrated that on the pitch tonight and on a few other occasions. He’s also doing it behind the scenes.

“Gaz’s obviously had his injuries but he knows how to look after himself and when he’s fit he’s going to help our team.

He’s been there and done it. For a club trying to do things, I think it’s important to have guys that have been there and won and can reference what it takes.

“We talk about it a lot but we’re a team that wants to win. There’s two teams winning a lot – Manchester City and Liverpool – and there’s seven or eight of us trying to win. So we’ve got to find different ways of winning.”