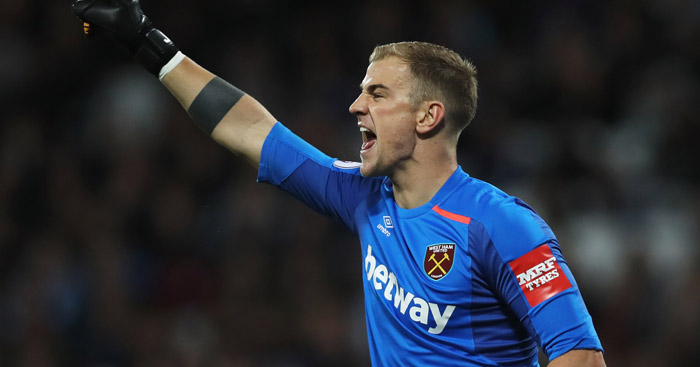 Joe Hart has criticised the naivety of his West Ham teammates after they drew 2-2 with Crystal Palace.

The England goalkeeper pulled off a string of fine saves at Selhurst Park, but was unable to prevent Wilfried Zaha’s 97th-minute equaliser that earned the Eagles an unlikely point after West Ham led 2-0 at half time.

“It’s a little bit speechless in the dressing room. No one does things on purpose in this team, but it’s two points dropped – as simple as that.

“I hadn’t switched off, but it was a good finish by Zaha, through legs, and I’m bitterly disappointed.”

Hart was also critical of West Ham’s inability to kill the game off in the final stages, adding: “You’ve got to keep the ball in the corner, it’s that simple, and you can’t let people keep running through you and getting chances.

“Today counts for a point, but that’s about it.”