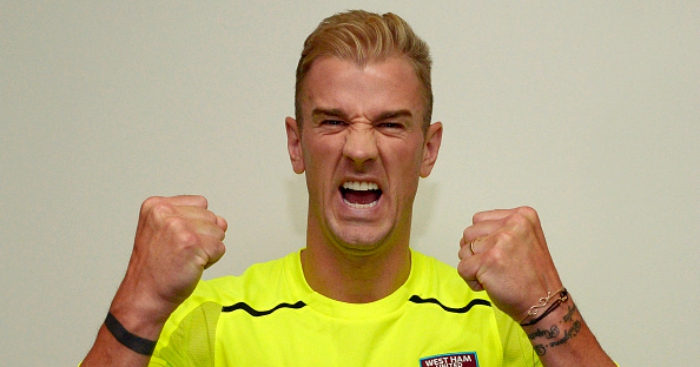 The Hammers grabbed a battling point at Chelsea on Sunday to give themselves a healthy six-point cushion above the relegation zone.

But next Monday they host fellow strugglers Stoke knowing a defeat would drag them right back into trouble ahead of a tricky run-in including fixtures against Arsenal, Manchester United and Manchester City.

“Next Monday against Stoke is our game of the season now. But that’s the future, in the present we have 34 points, six ahead of the relegation zone and that’s great for us.”

Hart put in a man-of-the-match display against the Blues, which drew praise from David Moyes, making fine saves from Willian, Marcos Alonso and Olivier Giroud to preserve a point.

The 30-year-old is in danger of losing his England spot after being dropped by West Ham earlier this season, but he insists he is not thinking about this summer’s World Cup.

“I’m very focused on West Ham at the moment, that’s my job and that’s what I’m here to do, to fight for this team,” he added.

“We are creating a really good spirit in the team, right the way through, from the injured boys, the boys on the bench, we stick together on and off the pitch and Chelsea was a good example of that.”