He arrived from Fulham last summer and has already become the second-youngest player in the club’s history. 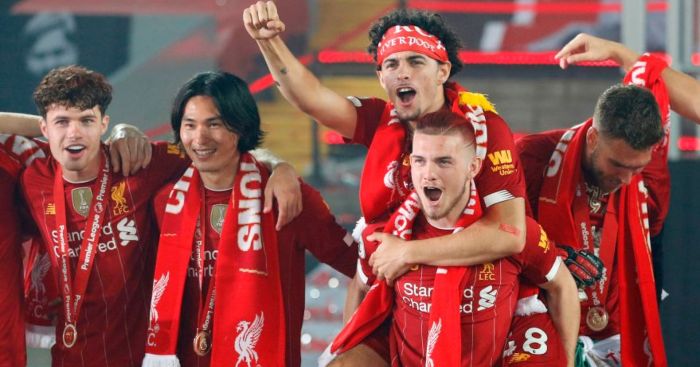 Elliott signed his first professional contract in July when he agreed a three-year deal with Liverpool, having been eligible to do so since turning 17 on April 4.

He arrived from Fulham last summer and he became the second-youngest player in the club’s history when making his debut at MK Dons in the League Cup in October.

Elliott has made seven appearances in all competitions this season with the youngster managed seven minutes.

“Millie has helped me a lot throughout the season. He’s someone I want to be like. I want to have a long career like him,” Elliott told The Athletic.

“All us youngsters can learn so much from the likes of Millie and Hendo (Jordan Henderson); two experienced pros who always give 100 per cent every single day. They don’t drink and they’re always professional with how they lead their lives. You can see that in the great shape they’re in.

“They don’t just want to be the best they possibly can be themselves but they also want to get the best out of everyone around them. Every day, I learn something new.

“Adam Lallana helped me a lot and it was a shame to see him go. I’m usually in the gym at the same time as Sadio (Mane) and Mo (Salah), and they give me a lot of advice.

“If I’m doing a particular weight and it’s looking too easy, then Sadio or Mo will be over to push me with a different weight to make it harder. If I’m doing exercises with the band, they’ll be over to make sure my body is in the right position.”