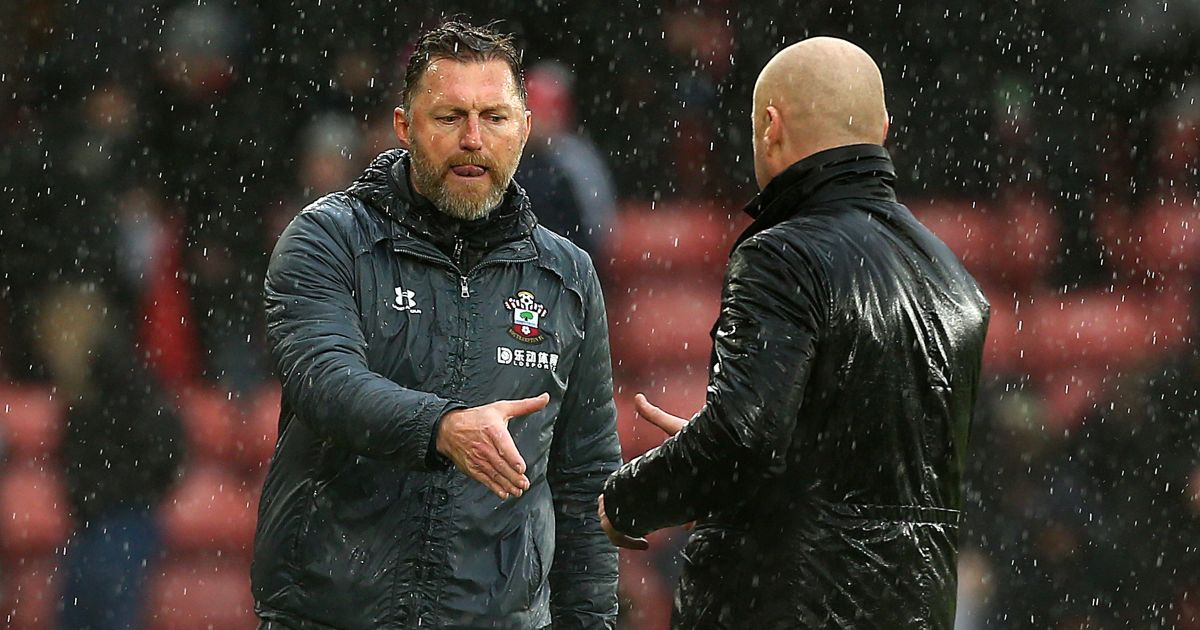 Southampton boss Ralph Hasenhuttl admitted he used to be guilty of thinking Burnley were long-ball merchants but he will not be making that mistake when Sean Dyche’s side visit the south coast on Saturday.

The Saints boss said he fell into the trap of believing Burnley were one-dimensional when he first arrived in the Premier League in 2018 but after losing two and drawing one of his first three meetings with Dyche, he soon learned otherwise.

“I have changed my opinion about Burnley in the last two or three years,” he said.

“In the beginning I thought they were only a team that kicked long, but if you let them play they can definitely do that, they can press high, they are very brave with their pressing this year and I think they have developed their game.

“You can see they play a bit more football. They play in a very direct and forward-orientated way, and the goals they score are typical for them. It’s always good if you can do in what you can do in a perfect way and this can be successful.

“We have to be aware of their qualities but we have also shown our qualities, especially last season when we beat them twice.

“We have proven we can do it against them and this is the goal for the weekend.”

Burnley will make the long trip south still without a win in the Premier League this weekend – the same position Southampton were in until last weekend’s 1-0 victory over Leeds which lifted them four points clear of both the Clarets and the relegation zone.

“It was important to get the first one, but this is definitely not an argument to lean back now,” Hasenhuttl said.

“We have to keep on going, we have the chance for another home game. We know how important these games are for us.

“And yes, in the next weeks, we can definitely get a few points which is what we need after a difficult start…

“We are coming to a very decisive time where you can show in what direction you should go and therefore we have to be fully motivated and concentrated for this game.”

Che Adams is back in training and in contention to start, but Hasenhuttl could be tempted to stick with the forward pairing of Armando Broja and Nathan Redmond after they combined neatly to get the only goal against Leeds last weekend.

Broja, on loan from Chelsea, was making his first start for the Saints in the absence of Adams, but the 20-year-old look assured as he fired high into the Leeds net.

“Armando had a slow start here but I think he shows very quickly that he has some weapons you can use,” Hasenhuttl said.

“Because of the injury of Che, it was the first chance for him to start and I think he grabbed this chance with both hands so let’s have a look what we will do at the weekend.”