Home All The News Hasenhuttl: Boufal ‘ran to the kitchen and hit it against the table’ 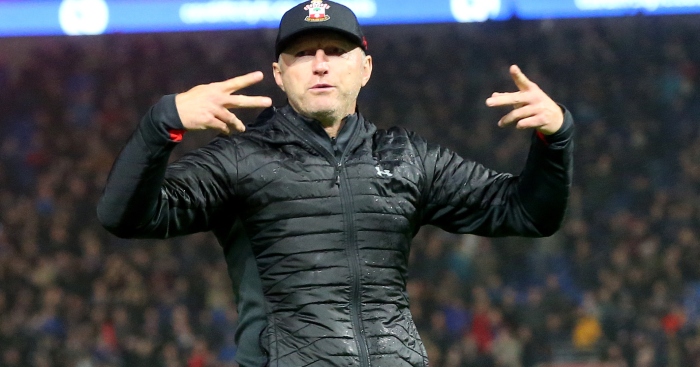 Southampton manager Ralph Hasenhuttl has challenged his side to make the most of what could prove to be a defining period in their season, and gave a bizarre injury update on Sofiane Boufal.

The Saints were close to securing a first Premier League win since mid-September at Arsenal before Alexandre Lacazette struck deep into stoppage-time to salvage a 2-2 draw on Saturday.

Hasenhuttl, though, saw enough industry from his squad to make him confident of moving up the table with home games against fellow strugglers Watford and Norwich around the corner.

“I think every period is important, but this one now against teams around us is very, very important – they are all ‘six-point games’, if you want.

“Wins are massive and losing is also massive, so this is a very, very important period until Christmas.”

Hasenhuttl continued at a press conference: “Everybody knows that if you want to be in the end above the (relegation) line, then you must start to take points consistently.

“We had a big chance for three at Arsenal, now it’s about taking the next one and the next weeks are very, very important for us.

“We have to play like in the last game against Arsenal, when we do it like this and then we have a big chance.”

Hasenhuttl took over following Mark Hughes’ departure in early December 2018 and went on to guide Southampton to safety.

The Austrian feels there has been progress, despite the club’s current position of 19th.

“I think that points are the same at the moment, but we have three more games until December 6, so it’s still a way to go to get more points than when I was coming here,” he said.

“The situation is a little bit different to then, I think we are now working for one year together and we know what we have to do.”

Hasenhuttl added: “It has not been an easy season so far, we had a difficult start, but there is a lot of belief in what we are doing and this gives us the energy to get points as soon as possible.”

Hasenhuttl also revealed midfielder Sofiane Boufal was a major doubt after stubbing his big toe on the kitchen table at home.

“He has not been able to train for three days. It is not broken, but is very swollen at this moment,” the Saints boss said. “He ran to the kitchen and hit it against the table.”