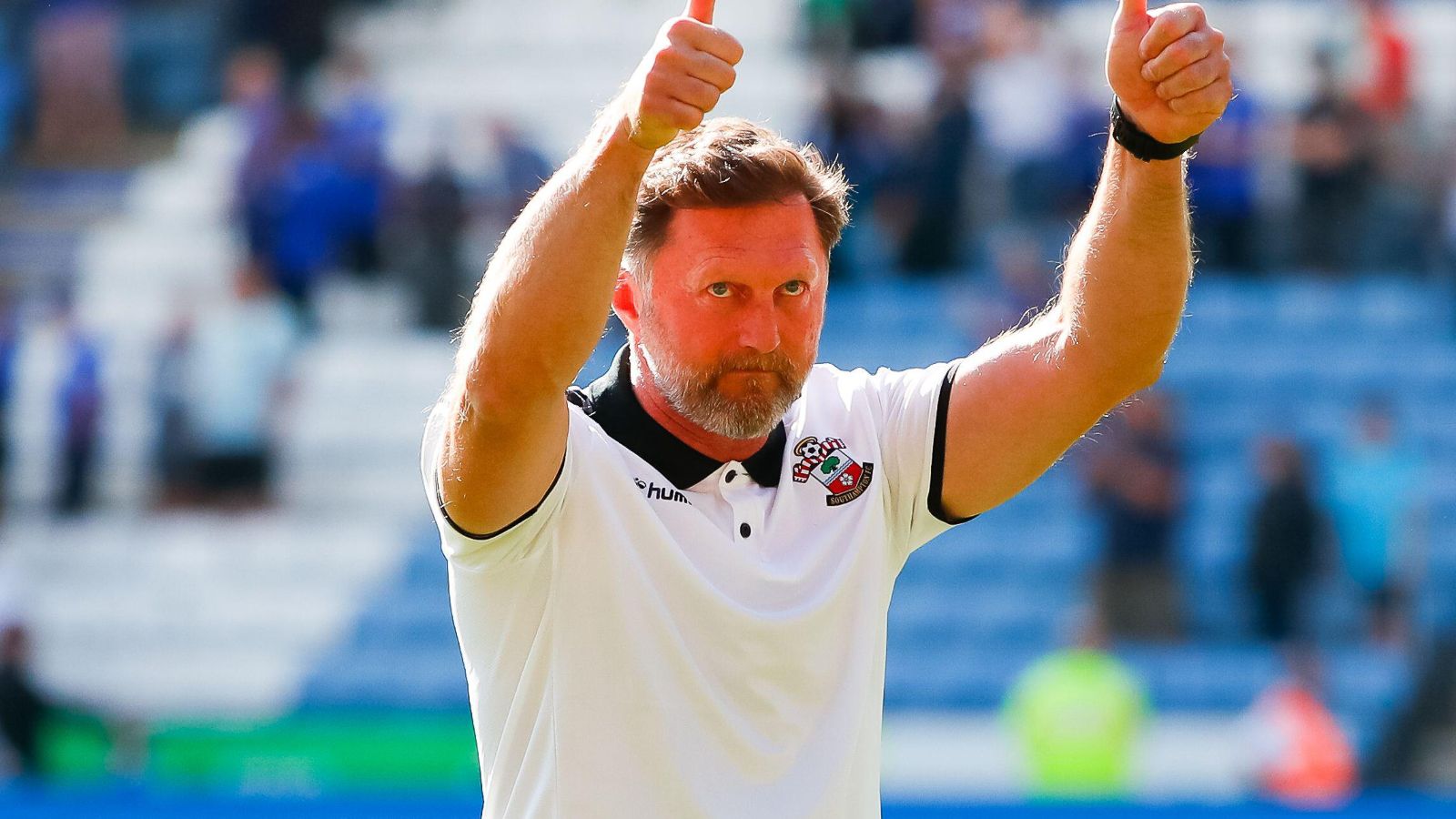 Southampton boss Ralph Hasenhuttl is confident that Man Utd will challenge for titles this season despite their difficult start under Erik ten Hag.

Optimism at Old Trafford waned after disappointing defeats against Brighton and Brentford in their opening two games. But Monday night’s win over Liverpool has silenced some of their critics.

The Red Devils now have Casemiro in their squad and they are also looking to sign Antony from Ajax.

Hasenhuttl was unsurprised to see United struggle in their opening fixtures of the new regime but believes they are already displaying a “very clear identity” under former Ajax boss Ten Hag.

“This is a team that has a new manager – it is not surprising that it doesn’t work immediately everything perfectly,” said the Austrian ahead of Saturday’s lunchtime kick-off at St Mary’s.

“It would be more surprising when they’re immediately flying.

“I see a very clear identity of what they’re doing now, what they want to do now.

“You are speaking still about a top team that is going for titles and will also do this this season.

“If you beat Liverpool, this is a big sign, a big message to everybody that they are definitely in a good way and I see the clear identity of what they want to do and after all the problems they had.

“They will come with a lot of self confidence.”

Hasenhuttl, whose side came from behind to draw 2-2 with Leeds in their opening home match before winning 2-1 at Leicester last week, is unsure how Ten Hag will approach the visit to the south coast.

“I don’t know if this was the reason why they won the (Liverpool) game,” he said of the omissions of Maguire and Ronaldo.

“Sometimes changes are because of tactical thoughts you have and that makes it always difficult to be sure what squad we are facing.

“Even if Casemiro is playing it is not 100 per cent clear in what way it is a different squad.

“We are definitely facing a very strong team here and in the end it’s up to us to keep on going in the way we want to go.

“We have shown in the last two games that we are competitive and this is the next big challenge and we want to show ourselves how good we are.”