Home Southampton Hasenhuttl: Europe is ‘far away from realistic’ for Southampton 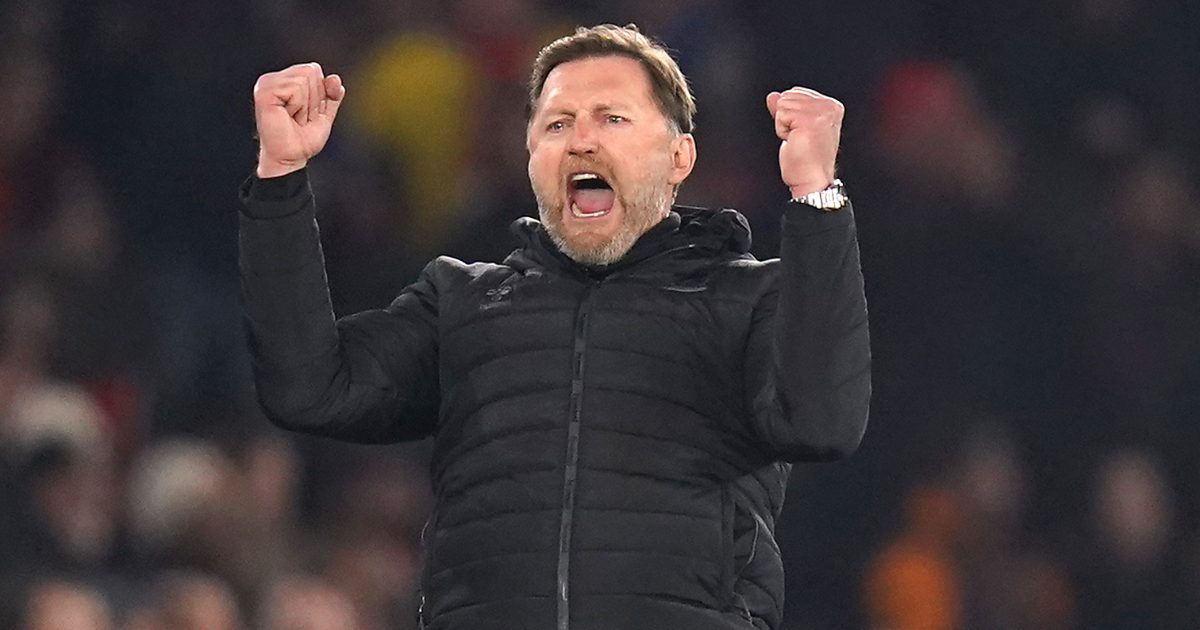 Ralph Hasenhuttl believes qualifying for Europe is “far away from being realistic” for Southampton this season.

The Saints beat West Ham 3-1 on Wednesday to book their place in the quarter-finals of the FA Cup.

They currently sit ninth in the Premier League and they are unbeaten in seven games across all competitions.

No rest for Southampton; they need to prioritise FA Cup

While Hasenhuttl is happy to allow Southampton fans to dream, he will keep focused on the job in hand as he prepares for the visit of Aston Villa on Saturday.

“We don’t have to change, we always look upwards in the table and think what we can achieve,” Hasenhuttl said.

“The goal every season is to end as high as possible. Absolutely important for us is the way we develop our game, this is definitely what we are more concentrating on.

“We are not using our energy looking to see how high we are in the table, we are using it more for getting better and for developing our game.

“I think the most obvious thing at the moment is that we definitely did (develop).”

Hasenhuttl, who has received a nomination for February’s Premier League Manager of the Month award, added: “We have to look for realistic targets, but when you reach (for) unrealistic ones, we also don’t say no.

“We can do it, no question, but the expectation to reach European spots is far away from being realistic at the moment, so we don’t have this (target).

“Maybe dreaming for fans is always allowed, but for us it is important that we are very clear how good we are.

“We have shown we can compete against the best teams in the league, this is a very good signal.

“The tough games are also against the teams that are maybe on the bottom part of the table, but we have shown in the past that we can also win these games.

“We have managed it before, which is always good to see, but we will have to see how often we can reach this level and how often we perform at the highest level.

Hasenhuttl made nine changes for Wednesday’s fifth-round tie against the Hammers, during which full-back Romain Perraud crashed in his first goal for the club.

Mohammed Salisu and Mohamed Elyounoussi were not included in the squad because of fitness concerns, while defender Kyle Walker-Peters and striker Shane Long also both picked up knocks during the tie.

“Long had a harsh impact in the first half, so that is why we left him in the changing room at half-time,” Hasenhuttl said.

“Kyle had a little problem with his hamstring, that is why we subbed him during yesterday’s game.

“So (there are) a few lads with a few issues, but we will have a look at how far they are for the weekend and if they are ready, then we will see.”