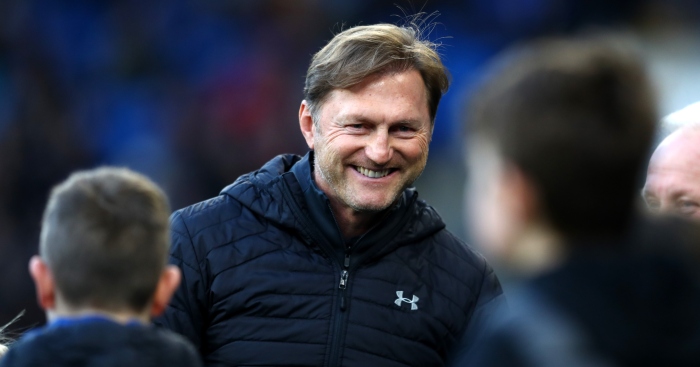 Ralph Hasenhuttl hailed the quality in his Southampton squad after making it two wins from three games in charge at Huddersfield.

The 3-1 success at the John Smith’s Stadium, which lifted Saints three points clear of the Premier League’s bottom three, marked the first time since last April that the club have won back-to-back top-flight games.

As against Arsenal last weekend, it was Southampton’s threat in attack that stood out and they again found the net three times, with Nathan Redmond and a Danny Ings penalty putting the visitors two up at half-time and 18-year-old Michael Obafemi scoring his first senior goal to wrap up the points.

Asked if he has been surprised by the instant impact he has had after replacing Mark Hughes, Austrian Hasenhuttl said: “Surprised I think is the wrong word.

“I saw the intention from the first day to bring things on the pitch that we are talking about and what we try to teach them. It was amazing that in these two games we shoot six goals. It shows me that we really have quality.

“I think the way we showed our football today was very impressive. A fantastic first half with scoring a fantastic first goal and always being very dangerous after winning the ball.

“We knew that in the second half Huddersfield would try everything to come back into the game and after the 2-1 you felt the pressure is rising and the crowd is coming. Our goal was to score the third goal because afterwards it’s a little bit easier.”

Obafemi became Southampton’s youngest ever Premier League goalscorer and might have had a hat-trick in the 25 minutes he was on the pitch.

“His speed gives us a little bit more opportunity,” said Hasenhuttl. “He had two or three more chances.

“I’m happy for him. He’s a cool guy, he has quality and I think after his injury coming back with the goal is perfect for him.”