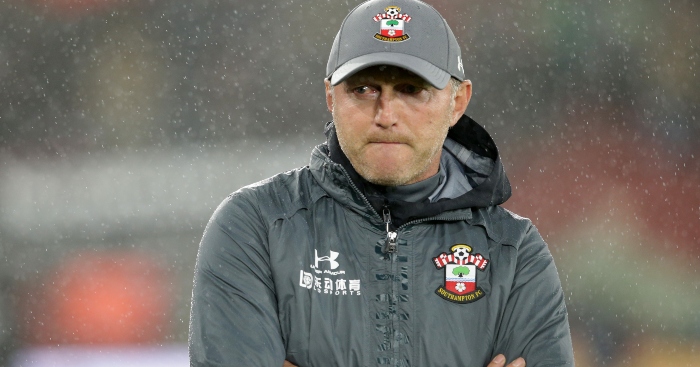 The Saints were beaten 2-1 at home by Everton before the international break as their miserable run of form continued.

Hasenhuttl’s side have managed just one point from the past seven league games, which has left them second bottom of the table.

The Austrian, though, remains confident his squad can regroup to haul themselves back up the table as they prepare for a trip to Arsenal which is followed by home games against fellow strugglers Watford and Norwich.

“We have a few players who had a successful time with the national teams, so they come back with a positive experience, so that is good for us,” said Hasenhuttl, whose side were thrashed 9-0 at home by Leicester during their slump.

“We had an intense week, with a game against Brentford which was a good test for us. We try to get back to our basics, to our fundamentals.

“It was good for players, I think, that we worked very hard and tried to show them how it can work.

“I think we had a good atmosphere in the sessions and also in the game. The guys are following (things) well and this is what we need.”

With eight points from 12 games, Southampton’s sluggish start has parallels to the one which saw Mark Hughes sacked and Hasenhuttl brought in during December 2018.

The Austrian, though, is confident both he and his squad have what it takes to turn things around this season.

“We must look forward and to the next games and the next is against Arsenal,” Hasenhuttl told a press conference.

“We know that we only have a chance to defeat them if we are very well balanced and if we get back to the basic fundamentals of our game, what made it different at the beginning of the season when we won away.

“We need to see a good trigger after losing the ball, good momentum when we go to fight to win it back again immediately.

“This is something we were working on during the last two weeks and especially with the players that have been here.

“I think to find this behaviour back was the main work we wanted to do the last two weeks.”