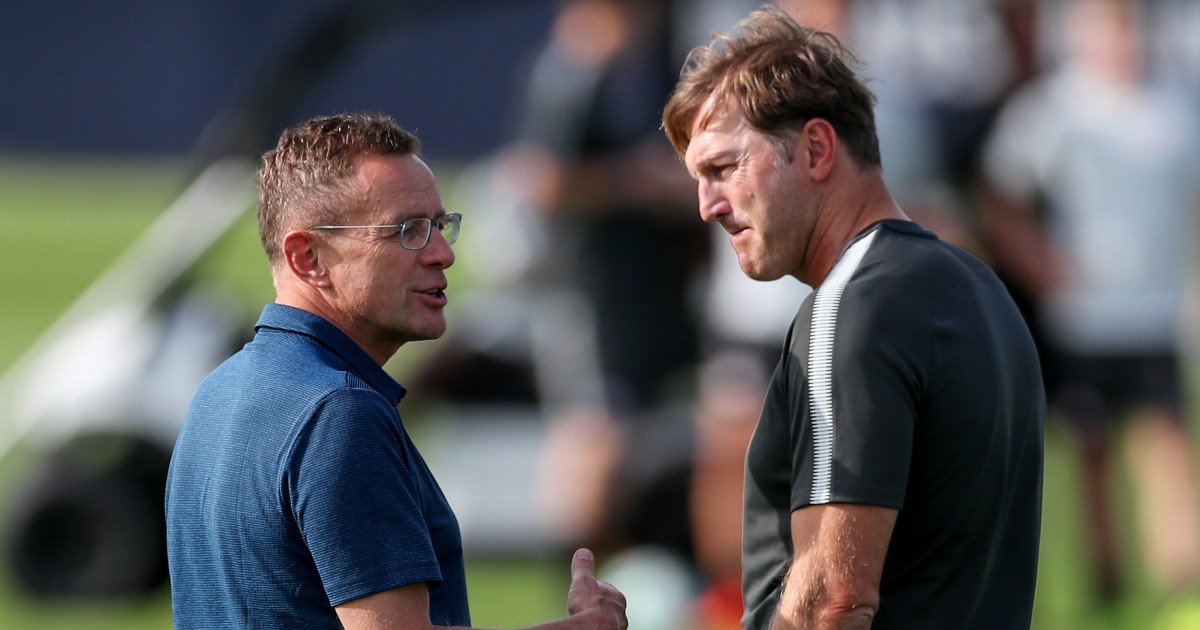 Ralph Hasenhuttl has insisted Ralf Rangnick was not to blame for his 2018 departure from RB Leipzig, saying it was others within the Bundesliga club who disagreed with his coaching philosophy.

Rangnick and Hasenhuttl, who meet at Old Trafford on Saturday when Manchester United host Southampton in the Premier League, spent two seasons together at Leipzig.

READ MORE: Man Utd moaners can’t have it both ways. Shut up or f**k off

Hasenhuttl guided them to second place in 2016-17 while Rangnick worked as sporting director, but the Austrian’s relationship with the Leipzig hierarchy soured the following season.

Leipzig finished sixth in the Bundesliga and failed to qualify for the knockout stages of the Champions League before Hasenhuttl asked for his contract to be terminated early with no extension forthcoming.

“It was a very successful time, especially the first year,” said Hasenhuttl, who was appointed Southampton boss the following December and on Wednesday marked his 500th game as a manager with a stunning 3-2 win at Tottenham.

“The second year was very new for us, there were lots of games with the Champions League and we all learned.

“I had the feeling in the end and, this was the reason I left, was that I had to go my own way and develop my managing style as it was not always easy to do in Leipzig.

“In the second year we beat Bayern Munich 2-1 at home, and afterwards there was talk about not enough RB philosophy in the game.

“There was some parts where I couldn’t agree, so it was important for me to step out and learn other things.”

Asked if Rangnick, who attended the meeting that ended his Leipzig stay, played any part in his eventual exit, Hasenhuttl replied: “No, people within the club.

“We all had the feeling, me and my staff, that we need to make the next step because it was important for our development.

“I was always reduced as a manager who was very good for pressing, but I knew there was more to learn as we got more and more dominant in Leipzig.

“You need to be open-minded and accept setbacks, to feel in some games that you don’t find the right solutions. That helps you get better, and then finally the game is getting more interesting for you.

“But I was always happy to be at Leipzig because I learned a lot and it was an important step in my managing career.”

Interim boss Rangnick has lost only one of his nine Premier League games since taking charge of United at the start of December.

But an FA Cup exit to Championship side Middlesbrough and a 1-1 draw at Burnley, the Premier League’s bottom side, has raised questions over the impact that Rangnick can have on his squad.

“As a manager it’s very important, and I’m sure Ralf knows this, you adapt your game to the players you have,” said Hasenhuttl, who has steered Southampton into the top half of the table after one defeat in seven games.

“It doesn’t make sense to play something that you obviously don’t have the players for.

“But I don’t have to tell Ralf, he’s a very experienced manager. He knows how this business goes and he was always successful.”