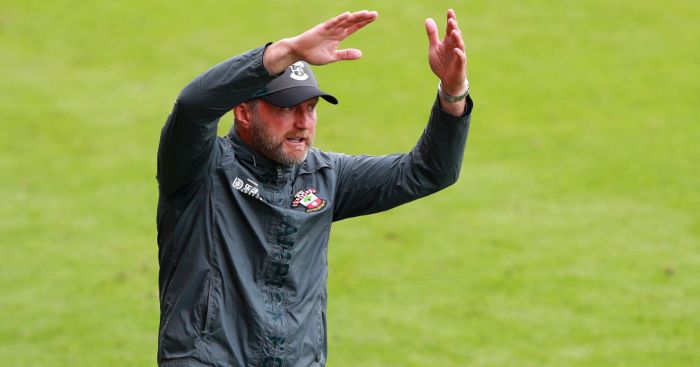 Spurs, who travel to Saints on Sunday, are in the midst of a possible nine matches in 22 days in three competitions, with their next four games coming in the space of just eight days.

“I think four games in a week is nothing anybody wants to have. The squad cannot be that big that you can manage this normally,” said the Austrian.

“We must really pay attention sometimes to not overload the players, but this will be a very intense year, we know this.

“It’s better to play one more game during the week than not have all the competitions we want to play.”

Southampton’s early elimination from the Carabao Cup at the hands of Championship club Brentford means they currently have no midweek fixtures scheduled until mid-December.

Meanwhile, Tottenham have a packed programme.

They travel to the south coast after beating Lokomotiv Plovdiv in Bulgaria on Thursday, before visiting Leyton Orient in the cup on Tuesday, a European trip to Macedonian side Shkendija 48 hours later, and a home game with Newcastle next weekend.

The full-back made his loan move permanent in August, a deal which included ex-Saints captain Pierre-Emile Hojbjerg moving in the opposite direction.

Hasenhuttl believes 23-year-old Walker-Peters is hungry to improve and adapting well to his new club’s style of play.

“There are always some moments in the game where he could make better decisions but I think he has shown here that he is on the ball a very, very good right-back,” said Hasenhuttl.

“He has learned a lot since he has been here. We have a different way of defending (to Spurs), more on the front foot and I think in the beginning he struggled a little bit with this way of playing.

“But often with young players they are open-minded, they learn a lot, and he has made good progress so far.

“He has a good drive at the moment and I hope it stays like this.”

Saints winger Nathan Redmond is expected to be unavailable this weekend due to an ankle injury suffered in the midweek loss to Brentford, but midfielder Stuart Armstrong could return to the squad following a thigh problem.