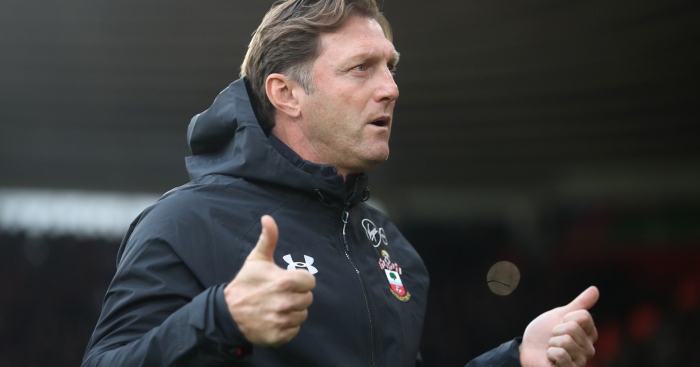 Ralph Hasenhuttl believes he has built a “special relationship” with Nathan Redmond to coax the best out of the Southampton forward.

Redmond fired his first top-flight double in two years to drive Saints to a 3-1 win over Wolves at St Mary’s that all-but secures their Premier League safety.

Asked how he has brought Redmond back to form, Hasenhuttl said: “It’s a little bit of everything, sometimes give him the smooth shoulder, sometimes criticise him.

“But we have a special relationship I think.

“He knows that I demand a lot from him, not only with the ball but also without.

“He shows in every game that he’s learning and getting better.

“I showed him what we need in his position, and showed him that he can be the guy that can make the difference.

“I knew it was only a question of time for him to be scoring again.”

Hailing the Southampton supporters for handing him a standing ovation at full-time, Hasenhuttl continued: “That’s what I was working for from the first day; that we stand together and we march together.

“The pressure lifts when you win, and then you can celebrate with the fans. That’s the most beautiful moment of the weekend.

“We want to give them nice weekends with a lot of enjoyment at our games.

“To give them back what they give us during 90 minutes.”