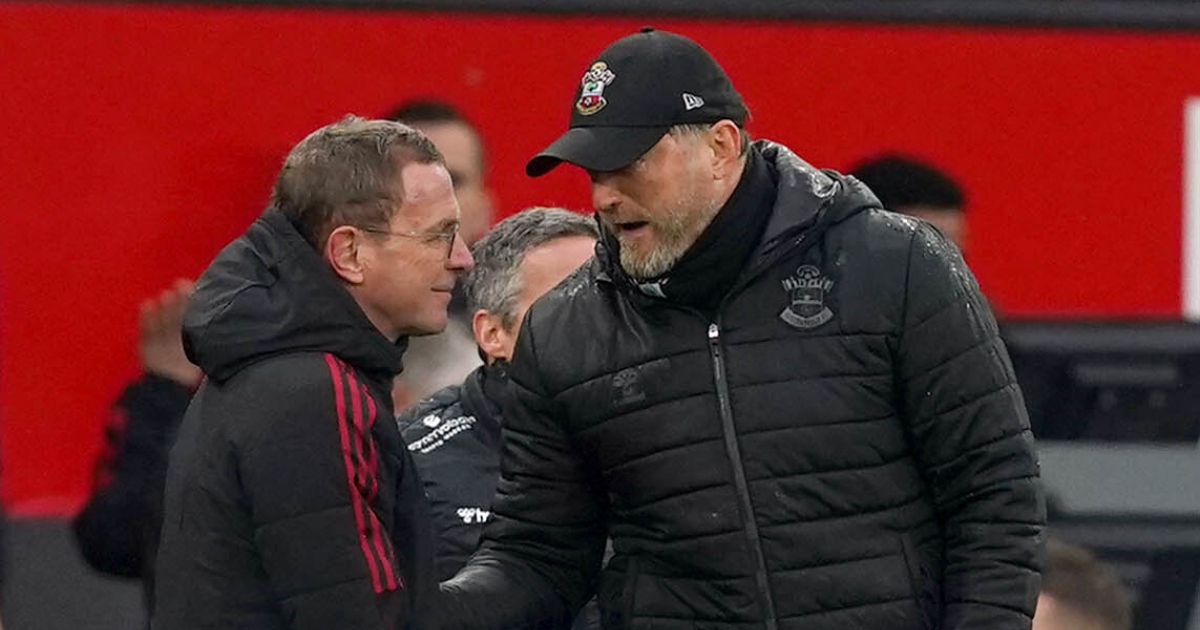 Southampton manager Ralph Hasenhuttl praised his goalkeeper Fraser Forster after a number of smart stops earned his side a draw against Manchester United.

Why are Arsenal still so hated? Newcastle coaching and…

However, Southampton grew into the game and got their reward shortly after half-time when Che Adams calmly finished past David de Gea.

Both sides had chances to grab a winner but some erratic finishing from Southampton and terrific saves from Forster meant the two sides shared the points.

When asked if he was happy with the result, Hasenhuttl admitted: “Yes, especially because we had one day less to recover [than Man Utd] after our game on Wednesday. In the first half, we weren’t fresh enough; it takes a little bit to find your rhythm and then you have to start running and playing football.

“We looked much better in the second half. They had a better first half, we had a better second so we will take the draw.”

A huge stop right at the end from Fraser Forster 💪pic.twitter.com/TVQWhhRuTM

“The problem is when you want to press and you are not fresh, you are always a step behind. It is easy for the opponent. But the longer the game went, the more energy we got. It takes time and this is normal.

“It is super tough to play Wednesday night and Saturday lunchtime, especially against such a team but we had chances to win.”

On Forster, who make a number of impressive saves, Hasenhuttl said: “On his line he is fantastic, unbelievable. It’s very good to see him with the ball. The assist for the goal was by Fraser. He is a little bit of an old school keeper because he plays so long.”

The Southampton boss was also quick to offer his praise to goalscorer Adams who put in a superb performance capped off with a smart finish.

“When you come from the Championship you need time. It’s important for us to give them time to develop. This is the way we want to work with our young players.”