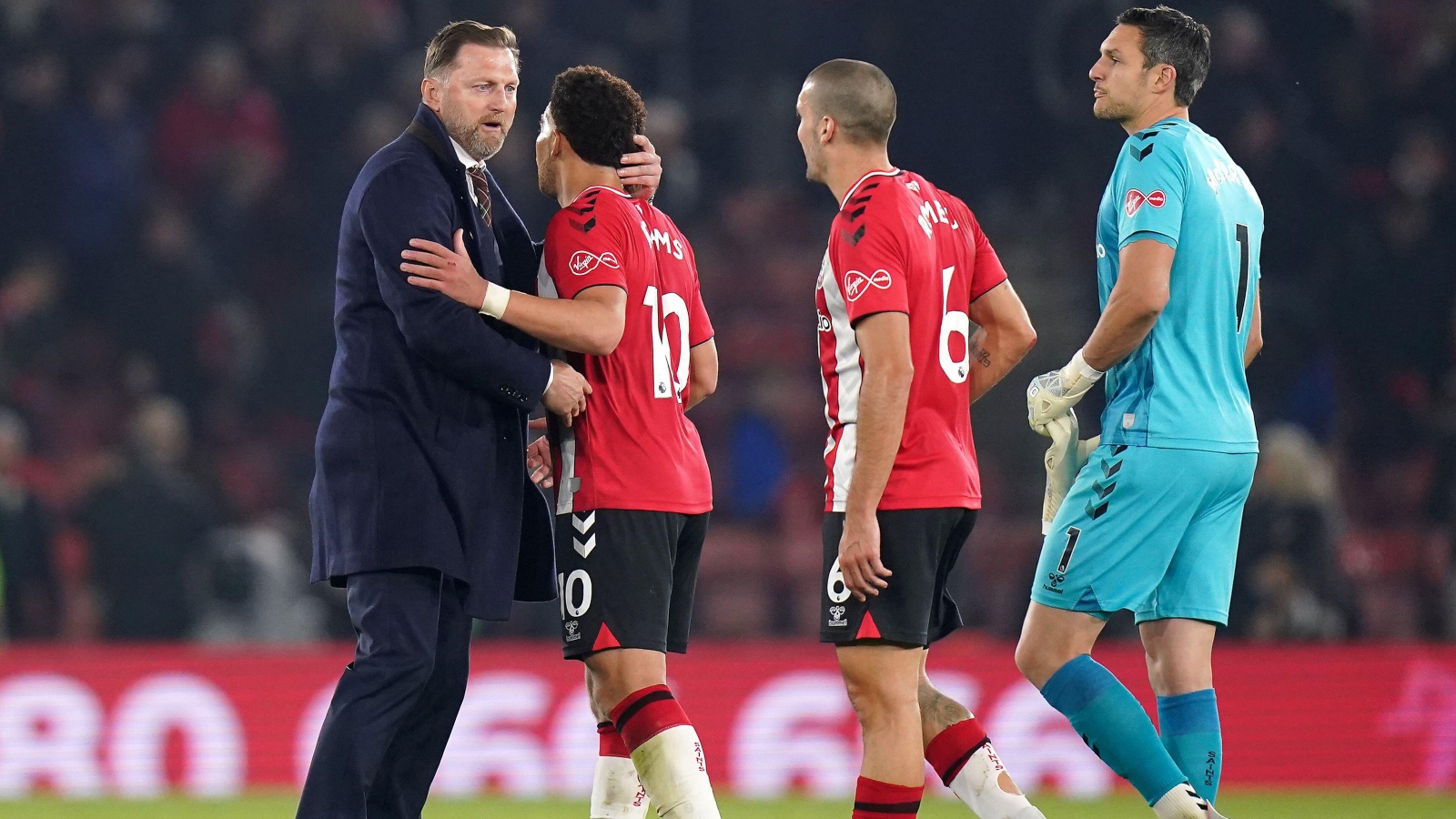 Ralph Hasenhuttl insists there is no chance Che Adams will leave Southampton on loan in the summer transfer window.

The Scotland international has been linked with a temporary move to Everton, who are in dire need of attacking reinforcements following Dominic Calvert-Lewin’s injury.

However, the Saints manager was quick to rubbish these claims.

“Definitely nothing serious behind this rumour,” he told a press conference on Thursday. “We are not in the way that we want to loan players like him to anywhere.

It was reported by The Athletic earlier this week that Southampton are ‘willing’ to let Adams leave this summer.

Everton have been linked amidst their forward crisis, as have Leeds United who can do with the depth up top given Patrick Bamford’s recent injury record.

He said: “Well, he just hasn’t really been a big part of their pre-season, and I think Hasenhuttl wanted him to know that he doesn’t just walk into that team while he’s wondering if he even wants to be there. I think that Leeds obviously like him.”

He said at the BBC Radio Solent Fans’ Forum (quotes via the Daily Echo): “I understand the question but 90 per cent of what you see in the media is not true.

“The fact that Everton are trying to take our striker on loan or something is not real, it won’t happen, don’t worry about that.

“We will always do what is right and if somebody leaves it will be for the right reasons,” he added.

“I wouldn’t get too worried about an agent, Sky Sports or Twitter, that’s why most of our signings you haven’t heard of – so that one isn’t true, don’t worry.”

At least for a season, one player who appears to be leaving St Mary’s is midfielder Nathan Tella, who looks set for a loan move to Championship side Burnley.

“I think it’s not 100 per cent clear but we are looking maybe for giving him a chance to get more game time somewhere else and we will see what happens,” said Hasenhuttl.

The manager also admitted that Southampton will always be open to offers for players, saying: “I think we will never be a team that can put down offers of the right amount of money for any player.”

Saints host Leeds this weekend in their second match of the new Premier League season and will be looking for a response after Saturday’s 4-1 defeat at Tottenham.