Home All The News Hasenhuttl: Saints cannot go back to ‘old behaviour’ 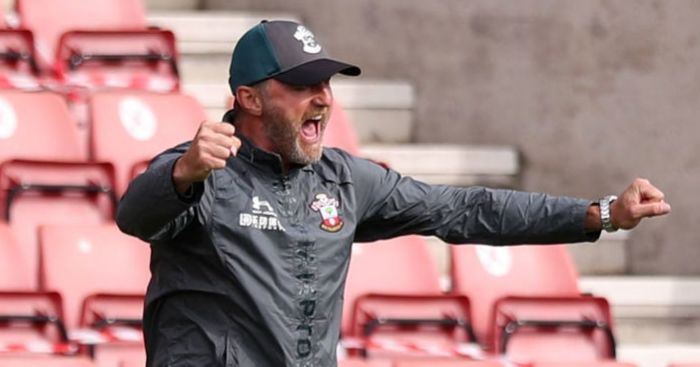 Southampton boss Ralph Hasenhuttl has urged his side to kick on from their impressive 2-0 win over Everton.

The Saints have enjoyed a great start to the new Premier League season. They currently sit in seventh after six games.

Hasenhuttl’s side are also unbeaten in their last four Premier League outings. This includes wins over Burnley and West Brom, as well as a 3-3 draw against Chelsea.

Last time out they perhaps had their toughest challenge yet, as they faced league leaders Everton. But Southampton put in their best performance of the campaign to date as they ran out comfortable 2-0 winners.

Next up for the Saints is a trip to face Aston Villa. Hasenhuttl said during his press conference, as cited by the Southern Daily Echo, that he hopes his side can continue their recent momentum:

“It’s always important that you grab points as quick as possible.

“After the first two games it didn’t look like this could be a better start [than last season], but it was good that we found our winning trackback as quick as possible.

“We now have belief in what we are doing. The last four games, really good, especially the last one absolutely. With the ball, against the ball, it was a very good performance.

“You must always be able to reach this highest level and then you have a chance and this is the goal every week.”