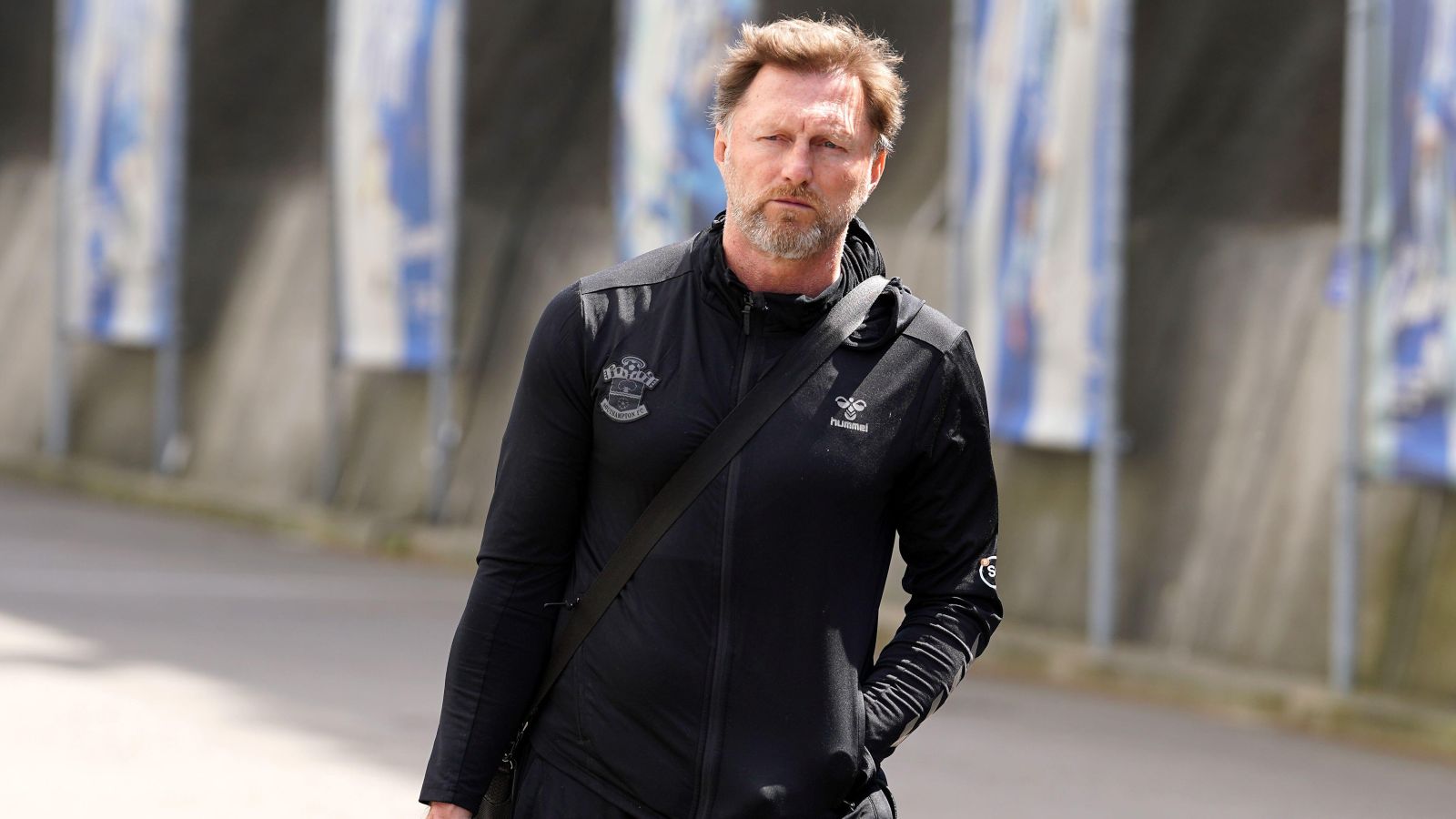 Ralph Hasenhuttl has emphasised the importance of the extra prize money that comes with each higher Premier League position as Southampton target a top-10 finish to mark a decade back in the division.

The south-coast club are currently 13th in the table, two points behind 10th-placed Leicester.

Their remaining four matches include hosting Crystal Palace, who are two points worse off in 14th, on Saturday and clashes with 12th-spotted Brentford and the Foxes.

Boss Hasenhuttl was asked at his press conference ahead of the Palace contest if the potential transfer budget boost that could be provided by finishing higher up the table was in Southampton’s thinking with regard to such fixtures.

He said: “Absolutely. This is, especially at this time of the season, very interesting.

“You play against the teams around you…like in the last game against (11th-placed) Brighton (a 2-2 draw last weekend). When you win it is a big step forward, a draw keeps the race open.

“It can be the same against Palace now. They are behind us. This is the importance of these games now.

“We have Palace, Brentford and Leicester in the last four games, direct opponents for a mid-table or maybe a top-10 finish, and this is the goal we have.

“I know we are celebrating our 10-year anniversary in the Premier League, and I think to do this with a top-10 finish would be a great achievement for us as a club.

“I think to be consistently in the best league in the world for such a long time and then end up in the top 10 would be a massive achievement for us, and this is the goal.”

Who better to deliver that #FridayFeeling 😁

Palace, who have five matches left, were last in action with a 0-0 home draw with Leeds on Monday.

After back-to-back defeats on the road, it was a return to Selhurst Park, where their previous two league games had been a goalless draw with Manchester City and 3-0 win over Arsenal.

The Eagles are in their first season under the management of former Gunners midfielder Patrick Vieira, and Hasenhuttl said: “He was an amazing player, and for his first job in the Premier League, I think it is fantastic what he has done so far really.

“His mood is very calm and I also like the way he sets his teams up. For the first year, it is amazing what they have done.

“They were never easy to play against to be honest, because the quality was always there, but I think they play a little bit more football now, especially building up from behind.

“I think this is, overall, a high-quality team and with a manager that lets them play a little bit more football and show what they can do. It’s quite tough to play against them.”