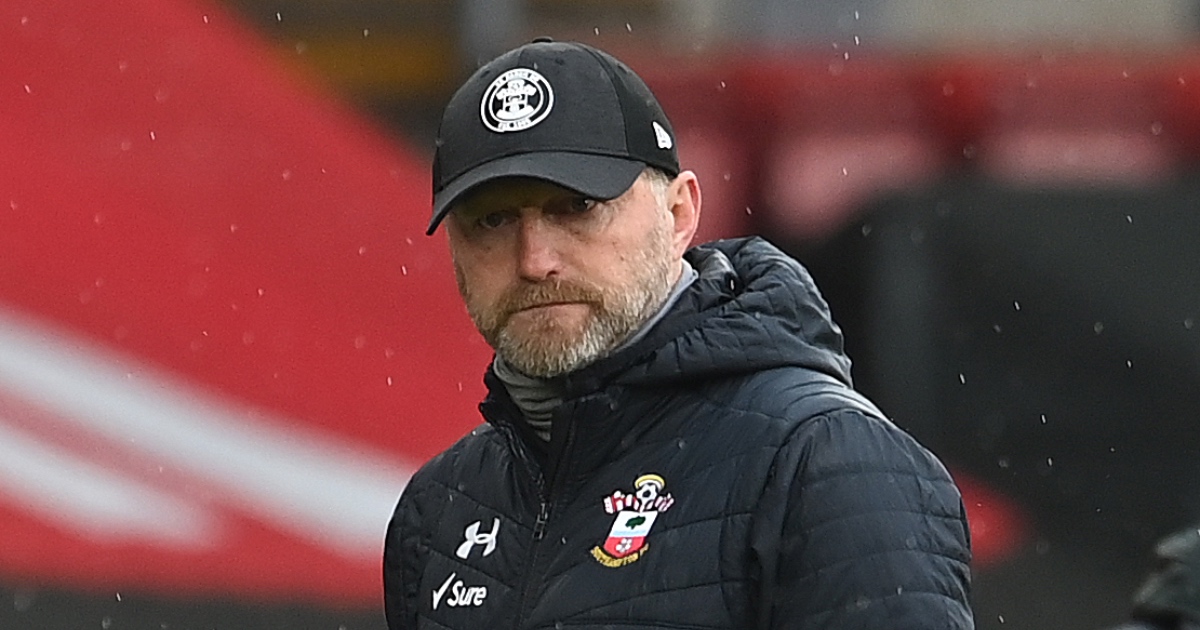 Ralph Hasenhuttl has encouraged his Southampton players to be “competitive” and to ask questions of Manchester City’s defence on Wednesday night.

Teams, including Southampton last season, have had success against City in the past by soaking up pressure and looking to catch them with a sucker punch.

Saints survived a City onslaught to snatch a 1-0 victory over Pep Guardiola’s men when they met at St Mary’s towards the end of the last campaign.

READ MORE: Five PL players back from the dead this season…

Their last meeting in December was also a tight affair, edged by City just 1-0 after a Raheem Sterling strike.

“I think we had nearly 50 per cent possession against them in the last game,” said Saints boss Hasenhuttl. “This is always the key to being competitive.

“It’s important that you get rid of the pressure they put on you sometimes, like a boxer hanging on the ropes, conceding one hit after another.

“You have to come out and also let them run sometimes. We showed in the last game that we have good solutions coming behind the last line. This is also an opportunity against them to stretch them and create chances. We had chances in the last two games against them.

“You need to have a perfect game, like always, but there is no reason why we shouldn’t believe in what we are doing.”

City’s victory over Southampton the last time they met was their first in a 21-game winning run in all competitions that only ended with defeat to Manchester United last Sunday.

Southampton, meanwhile, ended their own sequence of nine games without a win in the Premier League by beating Sheffield United on Saturday.

Hasenhuttl hopes that can kickstart a more positive streak as points are still needed to avoid being pulled into the relegation scrap.

He said: “We had an important game on the weekend with an important three points for us, but it goes on quickly. We have now Man City and then Brighton.

“You see the table, how tight it is. I think it can be that 40 points you need this season, because there is no team really dropping off in the back three.”

Che Adams, who scored the winner in that game against City last season, ended a 16-game goal drought with a stunning strike against Sheffield United.

With Danny Ings out through injury, Hasenhuttl hopes Adams can follow up with more.

He said: “He had a long run when he didn’t score, but maybe we have the ketchup bottle phenomenon. So long time nothing, then everything comes!”