Home All The News Hasenhuttl: We face ‘biggest challenge in football’ against Liverpool 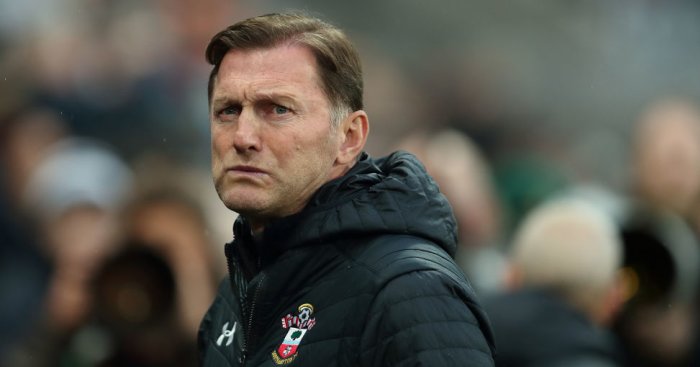 Ralph Hasenhuttl believes Southampton face “the biggest challenge you can imagine in football” when they travel to Liverpool – but intends to tackle the Premier League leaders head on.

The Reds won 2-0 at West Ham on Wednesday night to extend their advantage at the top of the table to 19 points.

Liverpool manager Jurgen Klopp, though, remains determined to keep his squad grounded – even if everyone else is talking up a seemingly inevitable march to the title.

Southampton go to Anfield on the back of four successive away victories and a run of just one defeat in the past seven Premier League games, which has lifted Hasenhuttl‘s well-drilled side into the top half of the table.

While travelling in hope of an upset, the Austrian accepts it would take something extraordinary to inflict a first home league defeat on Liverpool since April 2017.

“Normal is that everybody expects us to lose there. Several teams have tried it to win there in the last year, but all the games were lost by the away teams,” Hasenhuttl said.

“It would be normal that we lose, but this season is everything but not normal for us.

“We are in a good shape, we have a few problems with injuries, but the squad is concentrating and working.

“We know about the difficulty of this challenge, but we need this challenge if you want to go to the next level in your development.

“We played against Chelsea, Leicester, all the teams away, and did a good job – so I want to see how far we are and how good we can compete against such a top team.”

Hasenhuttl added at a press conference reported by the club: “If you want to take something, we must be mentally better than them, which is not so easy, and tactically also.

“Liverpool is also very committed and organised team, so it is the biggest challenge you can imagine in football at the moment – but this is exactly what we want to do and are thankful for this (challenge).

“If you don’t dream about that (winning at Anfield), then you can stay at home.

“We are hungry, we want to go there and play.”

Hasenhuttl said: “If you see them playing, how strong they are in every position, then everything is possible.

“They seem to always stay hungry and this is what you have to be if you want to be a top team, and it is a good challenge.”